Chesterfield manager Jack Lester was delighted with his side’s performance as they beat local rivals Notts County 3-1 at The Proact Stadium.

Sid Nelson, Zavon Hines and Kristian Dennis got the goals for the Spireites as they stunned the promotion-chasing Magpies.

Speaking to The72 after the match, Chesterfield boss Lester was naturally pleased with his side’s performance in a match which was screened live on Sky Sports television.

“It has been a big weekend for us and the thing which has pleased me most is the performance” Lester said. “There was nothing scrappy about the game today, we played some fast, attacking football and deserved the three points.

“We went seven or eight unbeaten but lost half of the team due to injury.

“The squad’s getting stronger, we’ve got experienced bodies all around the pitch and I was not surprised by the performance.”

Chesterfield dominated the proceedings against a Notts County side who looked out of sorts and a neutral fan would not have been blamed for assuming that the home side were the ones chasing promotion.

Lester added “We were playing that kind of football quite consistently before (the injuries) and I was confident of a top half finish.

“We got dented a little bit but that performance gives belief to the players in what they can do against a team chasing automatic promotion.

“It has a different feel when you have people who know how to win football matches out there.”

Winger Hines was one of several standout performers for Chesterfield throughout the 90 minutes and his performance drew praise from his manager.

“I thought he was excellent” Lester admitted. “He pinned their right-back Tootle back and I know he likes to get forward.

“He scored with a wonderful finish, technically he was excellent today and it was a big performance for him.”

Two of Chesterfield’s goals came from players who had not previously scored for the club in the form of Hines and defender Nelson. Speaking about those two players’ goals, Lester said “Sid will be pleased with that, he’s been excellent for us, whole hearted and the goal helps as it’s a big moment for him.

“The goal will give Zavon a lot of belief going into the last nine games.”

Chesterfield are back in action on Good Friday when they travel to Vale Park to take on Port Vale. 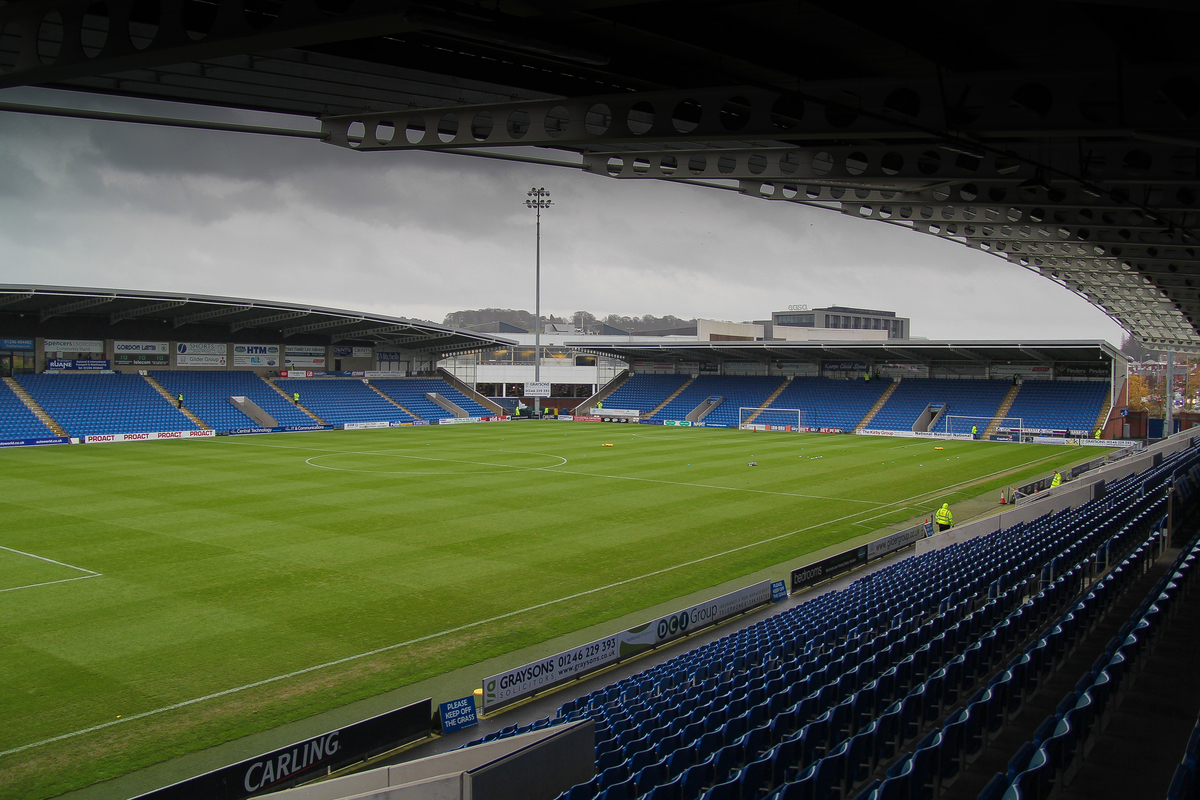