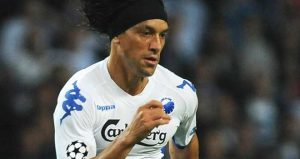 After an excellent World Cup, the 30-year-old Costa Rican is a free agent having left Copenhagen before the tournament. The winger was a key player for the Central Americans as they surprised everyone by reaching the quarter finals in Brazil and he will have plenty of suitors this summer to bring the spirit they showed to their club.

Added to that is his ability, he’s still quick even at his age and rarely gives the ball away which is quite rare for a wide man. Forest are already looking at experienced winger Jobi McAnuff but should he not impress then adding Bolanos to the squad should be a no brainer, especially after Reid’s injury troubles that really rocked the club last season. 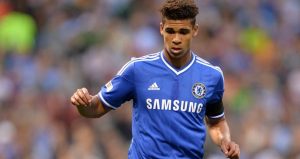 Stuart Pearce’s former job as England’s Under-21 boss showed that he loves nurturing young English talent, so why not add someone like 18-year-old Ruben Loftus-Cheek? Despite not playing any first-team football, he’s highly rated at Chelsea and could have a very bright future at the club and as part of the England set-up.

Standing a 6″4, Loftus-Cheek is a foreboding box-to-box midfielder that is always on a pivot, willing to receive the ball anywhere on the pitch and keep play ticking whilst also having the ability to pick out the perfect pass. He might only be young but he’s a special talent that has that winning mentality and if allowed to get experience on loan would add extra quality to their midfield that suffered with injuries late in the season.

Forest need to add some extra quality to their defence and after the release of Gonzalo Jara, adding a right-back like Nathan Thompson could be the extra boost they need. Thompson has had a superb season with Swindon Town, the club he’s represented all his career and his fine displays have attracted attention from Leeds United and Peterborough United in the past few weeks.

The 23-year-old is as capable going forward as he is defending, the only stumbling block for a deal is that Swindon boss Mark Cooper admitted it would take “an awful lot of money” to prise Thompson away from the League One club. He would be excellent competition for Eric Lichaj and even could compete for the left-back spot with Danny Fox should Pearce move Chris Cohen back into midfield. 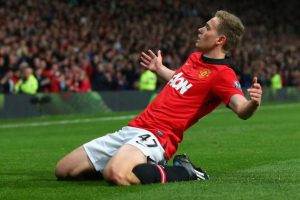 Another youngster that Pearce should take a look at if he becomes available, Manchester United’s James Wilson could add a youthful exuberance to a miss-firing front line. Having already signed Matty Fryatt and Lars Veldwijk they have bolstered their strikeforce but should a player like Wilson, who’s very highly rated in Manchester, become free to go out on loan they should bring him in.

A real poacher, the 18-year-old knows exactly where the goal is and has shown that both at youth level and in his few appearances towards the end of last season. Forest really struggled to find a consistent scorer last season and having someone with that killer instinct, regardless of age, should be a real priority for the club. 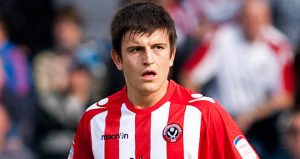 Having recently suggested that he’s ready to leave Sheffield United, Harry Maguire would be a top signing for Nottingham Forest after Kelvin Wilson’s injury and the very real possibility of Jamaal Lascelles’ departure. The three-time Blades Player of the Year is still just 21 but has won many admirers around the country and would add some extra steel to the Red’s defence.

An old-fashioned defender that loves to head the ball, put a tackle in and demand more from the players around him, the Forest boss might see a little of himself in the young Yorkshireman. Although Maguire has hinted that he’s ready for Premier League football, a step into the Championship might be his next step and a club like Forest gives him the perfect platform to achieve his dream sooner rather than later.

Another centre-back that would add real quality to the squad, Craig Dawson is a player that would go straight into the Forest starting line-up. A very well-rounded player, able to play tough but use the ball well, Dawson could be the missing piece to a back-line that went through many different iterations last season.

He’s grown discontent at West Brom and still seems set on leaving despite the club turning down his transfer request. Should he be deemed surplus to requirements by Alan Irvine, Forest could be the ideal club to give him back his confidence and then potentially allow him to play on the Premier League stage once again.

QUIZ: 5 a Day Sheffield Wednesday teaser – how well do you know your club?