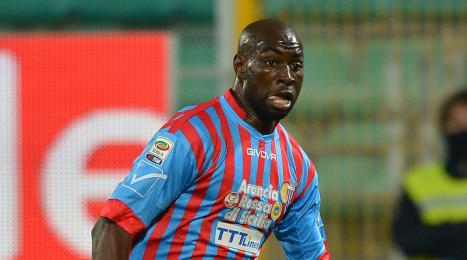 Leeds United announce there fourth signing of the summer on there official website, Catania striker Souleymane Doukara has joined United for the 2014/2015 season on loan.

The Yorkshire Giants confirmed the signing of French born Doukara on loan with the option to make the switch permanent.

The 22-year-old began his career with Italian club Rovigo staying with the club 4 years making 75 appearances, scoring 11. During this time he was scouted by AC Milan who after have him play for their youth team decided not to exercise their option to sign him.

During the 2011-2012 season Doukara transferred to southern club Vibonese where he went on to play 37 games scoring 13 goals. After a good run of form he managed to catch the eye of Serie A Outfit Cantania where he officially signed the the club.

In his debut season he managed to make 13 appearances even though he primarily served as back up to the current strike force. 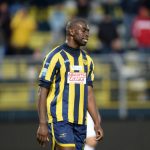 In the last day of the transfer window in Sept 2013 he was loaned out to Serie B side Jeve Stabia grabbing 6 goals in 20 appearances in a bad time for the club finishing in 24th place.
IN OTHER NEWS:  Leeds United "toxic" Augustin comments discussed by former Whites defender

Doukara will hope he can use his pace, power & dribbling ability to replace the big hole left by Ross McCormack since his £11m transfer to fellow champsionship club Fulham.

Leeds are expected to continue adding to their squad from the Italian market, with club owner Massimo Cellino spear heading the transfers.