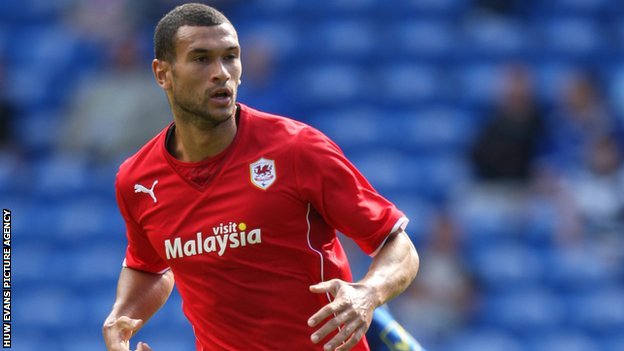 According to the Daily Mirror and a number of sources it seems that Tony Pulis has managed to persuade 22-year-old Steven Caulker to move to Selhurst Park in a club-record £8m deal.

The defender has been linked heavily with other clubs following Cardiff City’s relegation from the Premiership, QPR being favourites to sign him with Harry Redknapp confident that they would complete the deal, however it seems the Eagles have managed to sway Caulker to sign on the dotted line by offering £42,000-a-week wages that is supposedly staggeringly more than anything Rangers were offering to pay.

Caulker’s career began back with Tottenham where he was part of the academy. He was sent out on loan multiple times to Yeovil, Bristol City & Swansea City in an attempt to built up confidence and experience.

After 3 years of being loaned out to he managed to secure a way out of the club in the form of Cardiff City; in July 2013 he signed a 4-year-deal for the at the newly promoted welsh team. He then went on to play a full season for the club playing 39 games scoring 5 goals.

During his time wit

h Cardiff, Caulker managed to get a call up to play for the England senior team when England where set to play a friendly against Italy although he was only used as a substitute. Since then Caulker has managed to make 1 full cap for England in a friendly against Sweden where he also scored a debut goal.
IN OTHER NEWS:  West Brom defender Kyle Bartley believes they are showing 'signs of champions'

Now looking set to play back down in London only time will tell if Palace’s decision to spend big will pay off, however the offloading of Caulker by Cardiff may mean there is more activity in the market for the Bluebirds.