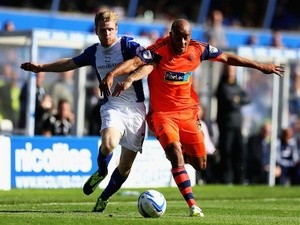 The 28 year old racked up 43 appearances for the Trotters during the 2013/14 campaign, but seems to be surplus to requirements at The Reebok. The defender also has top-flight experience having made 21 appearances in Blackpool’s solitary Premier League campaign under Ian Holloway.

Baptiste is a versatile player, capable of playing anywhere along the back line, and his move to Blackburn makes him Gary Bowyer’s third recruit of the summer, after the arrival of strikers Luke Varney and Chris Brown, both on free transfers.

Louie is a massive Peterborough United supporter, and all round football fan, who is currently studying English Literature, History and Psychology. He has ambitions of becoming a successful journalist, a course he hopes to pursue at University. Twitter - @chandlerlouie