Very few people will disagree that the 2013/2014 season has been one to remember in League 2. We’ve had some of the strongest squads for years in the likes of Chesterfield and Rochdale amongst others, a staggering 28 game unbeaten run from Scunthorpe, a title race that went down to the very last day and an extraordinary relegation battle which proved to be the most dramatic the league has ever seen. In amongst the excitement, there has been a plethora of fantastic, consistent performances from a group of very talented players. This is the The72’s run-down of the official Football League Team of the Season. 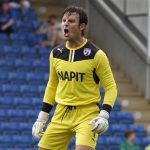 In a league which boasts shot-stoppers like Daniel Bentley and Sam Slocombe, it’s quite a feat to be named as the best ‘keeper in League. A Twitter poll earlier in the season saw the @FBL72 followers vote Slocombe as League 2’s best Number 1, but the Football League Team of the Season panel picked Chesterfield’s Tommy Lee as the best. The long-serving Spireite played every single one of Chesterfield’s league games, conceding just 40 goals, and also was a key feature in the club’s run to the JPT final at Wembley. 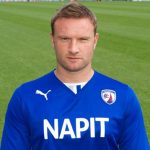 With plenty of outstanding defenders in League 2, picking the best four is a very difficult task. However, there won’t be many people who disagree with the Football League’s picks and first up is York City’s Lanre Oyebanjo. Oyebanjo was an impressive figure in York’s success this season and particularly caught the eye with a string of good performances which coincided with his side’s upturn in results at the turn of the year. Ian Sharps of Burton Albion also made the cut following a very strong season in which he marshalled the defence of a side which made the Play-Off final. Alongside him is another veteran defender; Ian Evatt. In a Chesterfield side which boasts fantastic quality and very skilled players, Evatt has done well to stand out as much as he has – his experience has been crucial in what has been a vintage season in both the league and cup for the Spireites. With plenty of experience in the back line it is fitting that the final component is also 30+. 31-year-old Michael Rose was hugely important in securing Rochdale’s promotion and is a key part in what is a very efficient and well-organised side. 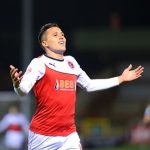 Whilst there are plenty of midfielders in League 2 who should be playing in a higher division, this midfield practically picked themselves. Kevan Hurst was Southend United’s outstanding player this season and his eleven goals were crucial in ensuring a Play-Off place despite Southend experiencing a poor period over the winter months. Elsewhere, Fleetwood Town’s Play-Off final hero Antoni Sarcevic also made the team mainly thanks to his fourteen league goals but also as recognition for his overall contribution in the season where the 22-year-old came of age. Ian Henderson also made the cut thanks to him having the season of his life in a Rochdale shirt – he netted eleven goals to help Rochdale make the top three and was the hero of his side’s shock FA Cup win against Leeds United. Making up the midfield four is Gary Roberts of Chesterfield. There are not enough superlatives to describe how good Roberts has been this season and has been named the Sky Bet League 2 Player of the Year.

A constant theme of choosing players for  ‘The72’s League 2 Team of the Week’ this season has been the difficulty to pick between the strikers. With this in mind, the Football League would have has a very tough task to pick between the likes of Constable, Cureton, Corr, Harrison, Hogan, Kee, McGurk, Murphy, Norris and Winnall. Clearly there is plenty of attacking talent in League 2, but the two that have made the divisional Team of the Season are Scott Hogan and Sam Winnall. Rochdale’s Hogan has consistently made column inches this season in both local and national sense and his goalscoring exploits have certainly not gone unnoticed. There has been talk of teams higher up the football pyramid looking at him which is a testament to his quality and form this season and without him Rochdale would probably be playing League 2 football again next season. The league’s top scorer however is Scunthorpe’s Winnall. He has become a firm fans favourite at Glanford Park and it is easy to forget he is only 23-years-old. The fact that the best is still to come from a player who netted 23 league goals this term is a very impressive thought. 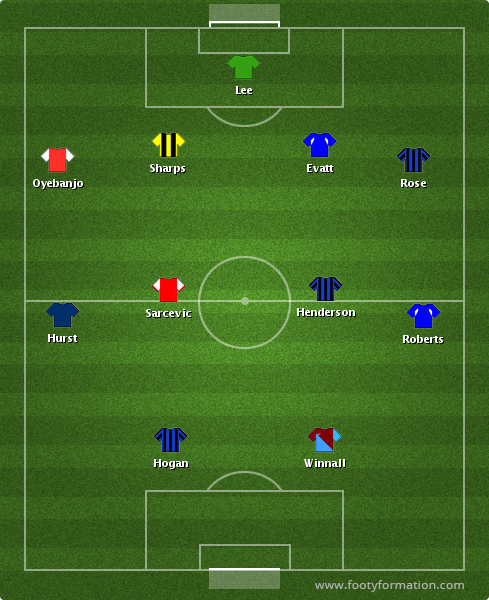 Could this be the strongest Team of the Season League 2 has ever seen? Tweet @FBL72 your thoughts…