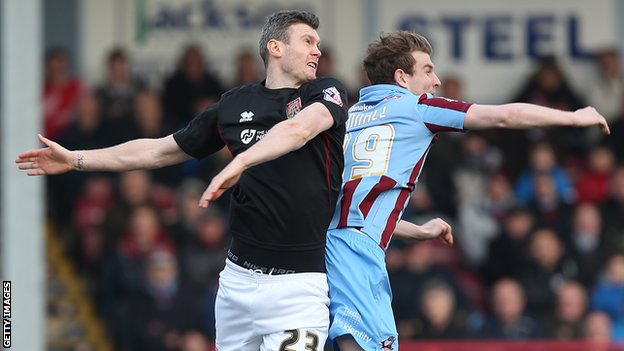 One win could be all the difference in the relegation battle

It seemed almost inconceivable that last year’s excitement at the bottom of the league would be matched, but with the season entering its last few months, and with a minority of the 24 teams able to say they are definitely safe, this year’s relegation drama could top last year’s. A few weeks ago Northampton Town were dead and buried but, following three wins in six, the Cobblers have given themselves a real chance of survival. Just above them, wins in the last few weeks for Bury, Portsmouth, Wycombe and Mansfield means that there are just 10 points between 7th and 22nd. A win for Accrington, Exeter or Bury could send them all the way up to 12th and, with teams at the top faltering, very few teams in League 2 are safe from the dreaded drop.

IN OTHER NEWS:  Leeds United offer new deal to youngster to stave off Liverpool interest

Whilst the excitement is heating up for most teams in the relegation scrap, it seems Torquay United will not be joining in the fun.

The Gulls are stranded 10 points off safety and with only seven wins this season, it is unclear where Torquay are going to get the necessary wins from. Inexperienced manager Chris Hargreaves has struggled to invoke an upturn in fortunes amongst his team (aside from an encouraging start) and, with teams like Rochdale and Southend still to play, it seems as though Torquay will soon be back in the Conference, after just four seasons back in the Football League.
IN OTHER NEWS:  Sheffield United move for Nottingham Forest defender Jack Robinson

Burton are still in the title race

The top three has been changing almost on a weekly basis throughout the season and inconsistency has played the promotion hopefuls since the first weekend of the season. It looked as though Chesterfield, Scunthorpe and Rochdale had a top three place in the bag last weekend, but they all stuttered against teams in the relegation battle which has allowed Burton to sneak back into the title race, just three points off top spot. Despite Scunthorpe’s huge unbeaten run, they have drawn too many matches and a few draws and defeats for Chesterfield and Rochdale have frustrated them. The race for top spot appears to have opened up to four teams, perhaps even five following Fleetwood’s battling win away at Torquay.
prada london
IN OTHER NEWS:  Everton striker not keen to drop down a division despite being offered to Leeds United