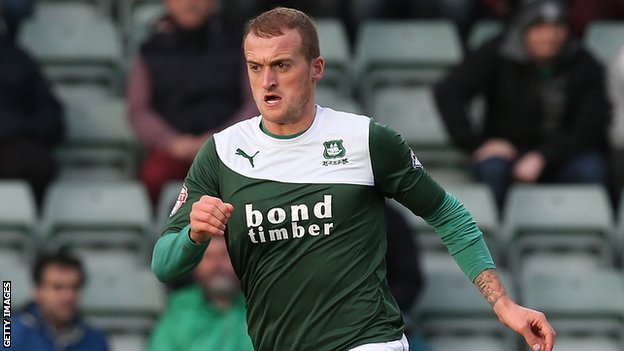 Plymouth Argyle are on the course for the top seven

After an indifferent start to the season, Plymouth Argyle’s season looked as though it was set to peter out into mid-table obscurity but four wins in five games has seen them jump from 12th to 8th and slash the gap between the top seven and the chasing pack to just two points. Argyle followed up a remarkable 4-0 win away against Fleetwood with a similarly impressive 5-0 thrashing of Morecambe. With their strikers in a rich vein of form, very few League 2 teams will fancy playing Plymouth at the minute.

Although the true rewards will come from finishing at the top end of the league, the relegation battle in League 2 is looking hugely exciting, as we reach the business end of the season. Whilst 23rd placed Northampton are four points off safety, a few weeks ago they were a huge seven points adrift, and their good form of late, along with recent wins for Wycombe, Mansfield and Portsmouth has dragged teams who thought they were safe, such as Exeter, Dagenham and Morecambe, back into the mix. It’s set to go right to the wire.

… and so is the title race

Whilst there are more teams with worries of facing relegation than those with realistic aspirations of winning the league, the League

2 title race is definitely heating up, as we enter March. The top three, of Chesterfield, Scunthorpe and Rochdale, are separated by just a point. Chesterfield and Rochdale have played a game less than Scunthorpe, but Scunthorpe are unbeaten in an amazing 18 games. Outside of the top three, Burton are the most in form of the current Play-Off teams and will be hopeful of slip-ups above them, whilst the resurgence of Plymouth is sure to shock Oxford, Fleetwood and Southend into life and, in turn, back into the title race.
prada trainers uk
toms outlet
timberland outlet
borse alviero martini
air jordan pas cher
mulberry uk
borse prada
borse gucci
lancel soldes
timberland boots uk