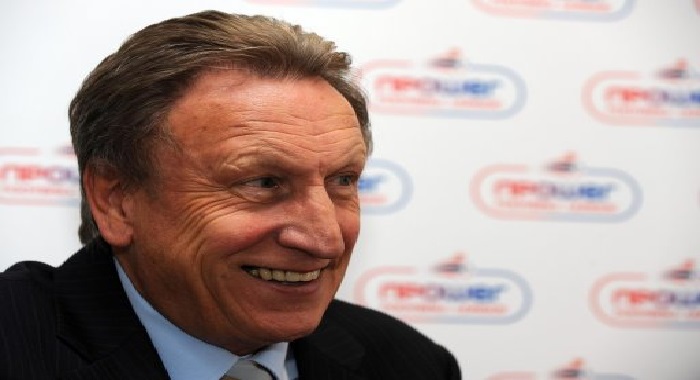 Don’t you worry, The72 fans, we will never question your commitment to the cause. We won’t leave in a huff after a meeting then somehow keep our job. We would never hurt you like that.

So here’s yet another look at this weekend’s award winners, enjoy:

FANS OF THE WEEKEND: Carlisle United and Exeter City

This goes out to both the home and away fans who packed into St James’ Park this weekend and withstood a huge delay after someone tried to spoil the League Two encounter between Exeter City and Carlisle United.

A smoke grenade was let off in the Stagecoach Stand of the stadium and the fans in that area were evacuated onto the pitch. The game was delayed for over an hour, meaning the very lengthy trip for the Cumbrians’ fans made sure they got home very, very late on Saturday evening.

It’s a shame that someone tried to ruin everyone else’s day but kudos to the fans who waited patiently on the pitch. Not the ideal way to enjoy a game of football but it was great to see everyone else act with poise and compliance in a very strange moment.

There were almost too many goals to choose from this weekend but Junior Hoilett’s strike in Queens Park Rangers’ 3-0 win against Brentford takes the biscuit this weekend.

The Canadian was given too much time and space to drive at the Bees defence, wandering into a dangerous position before opening up his body 20 yards out. He then proceeded to unleash the most beautiful curved strike, right into the very top corner.

In a real quality performance from Jimmy Floyd Hasselbaink’s men, this was the standout moment that lit the touch paper. A goal worthy of winning any game, it helped QPR earn a good three points against struggling Brentford

Well this was a strange game to say the least, the 4-1 scorline possibly flattered Walsall in the end but it was the events that saw them take control that really caught they eye.

After the Saddlers pulled themselves ahead, in their hubris of celebrating, they somehow caught Sam Hird in the melee. It was extremely odd and a strange situation for Hird, one that his team-mates took as a sign of disrepect from their opponents.

It led to a short melee that saw Dion Donohue sent off but not much action taken against the Walsall players. It’s something I’ve certainly never seen in football and we wait to see if the referee had anything in his notes that could mean punishment for either club

IN OTHER NEWS:  Leeds United striker Temenuzhkov posts Instagram story hinting at move away from Whites

A game of halves within one half of football as Rotherham United continue their great run of form under new boss Neil Warnock by saving a point from the jaws of almost certain defeat.

Two goals from Tom Ince, one straight from a Millers’ kick-off, with a Chris Martin strike sandwiched in between gave the visitors a commanding lead in a quick-fire 10 minute spell early in the second half. That surely meant the three points were heading back to the East Midlands, right?

Wrong. Danny Ward got Rotherham going again on 83 minutes and just a few moments later, a scrappy Leon Best header gave them hope. Best then rose again to give the home side a huge point and another boost to their survival bid.

It’s already been a great season for Burton Albion but this victory was one big step towards the Championship next season and they have Mark Duffy to thank for that.

The forward notched two good goals either side of a Wes Burns strike to gift the Brewers an excellent 2-1 win over Fleetwood Town. Duffy always looked a threat and popped up when needed to help seal the three points.

IN OTHER NEWS:  Doncaster Rovers have no intentions of selling Derby County, Blackburn Rovers and Barnsley target Ben Whiteman

That win put them six points above Wigan with 10 games remaining and it was vital with other teams below them slipping up. The momentum is with Nigel Clough’s team, if everyone can follow Duffy’s example, they’ll stride into the next division with ease.

TEAM OF THE WEEKEND: Newport County

Another excellent win from a team that looked dead and buried earlier in the season. It’s been a really great rise for Newport County and a 3-0 win away to Portsmouth is nothing to be sniffed at.

Darren Jones put his side ahead before Gary Roberts was sent off in the second half for his second bookable defence for diving. Scott Boden then continued his superb run of form by increasing his side’s lead before Dean Morgan finished it off with three minutes remaining.

The win moved them up to 18th, 13 points above the dropzone and they look set for another season in League football. Warren Feeney has continued the good work at the club and they’ll be hopeful that they can become a stable club for the foreseeable future.