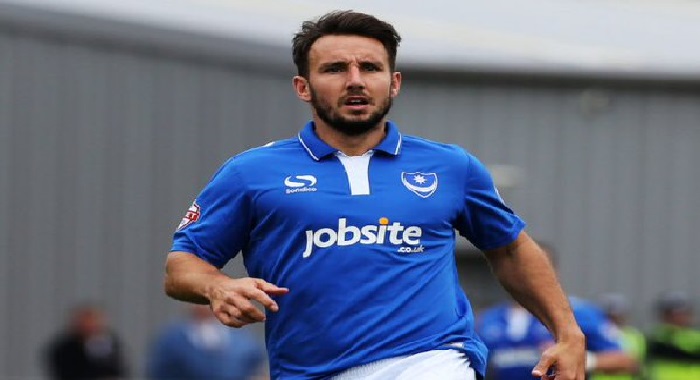 National League side Eastleigh have signed Portsmouth striker Matt Tubbs on loan for the remainder of the season. The 31-year-old has scored five goals in 18 games for the League Two promotion contenders.

Tubbs, who moved to AFC Bournemouth from Crawley Town in January 2012 for a fee of around £800,000, has now swapped a League Two play-off race for a National League play-off race.

He joins an Eastleigh team that currently occupies the final play-off position in the top tier of non-league football but they are without a win in their last eight matches in all competitions. He has recently fallen out of favour under Paul Cook at Fratton Park.

Eastleigh Chief Executive Mark Jewell believes the signing of Tubbs is a real coup for the football club and his past record at this level was a major factor in signing him,

“Hopefully Matt will do what he’s always done and put the ball in the back of the net. Hopefully he will be the kick-on the club needs for the run-in.

“I think he will be a very popular signing. He’s a name that’s been thrown up a lot over the last few years by our supporters, but sometimes it takes a while for the opportunity to come along.

“You do go a bit flat after FA Cup exploits, that’s well-known in football, so signing Matt will be good for morale. He sounds the right sort of character to come in and lift the dressing room.”

Jewell also revealed that the club tried to sign Tubbs on a permanent deal in the January transfer window but couldn’t agree a deal. He is still more than happy to sign the prolific striker on loan,

“We couldn’t broker a deal before the transfer window closed so we’ve gone back to them and agreed an emergency loan until the end of the season and then we’ll look at things again.

“Matt’s got another year on his contract and we’ll look at all parties in the summer, see how Matt’s enjoying it, and see where we are with a view to making him a long-term signing.

At the moment there’s no commitment beyond the loan period but, if things work out well, we’d consider making it permanent depending on how negotiations go.

“An immense amount of work has gone into this deal from our secretary, chairman, myself and the guys down at Portsmouth’s end.”

Having received Football League clearance, Tubbs will make his Eastleigh debut tonight away to bottom of the table Kidderminster Harriers.