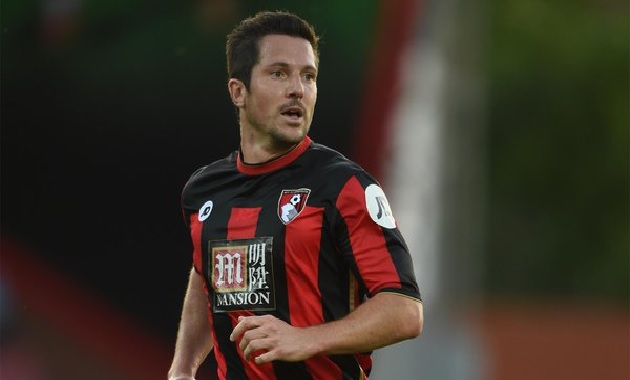 Sky Sports understands that AFC Bournemouth striker Yann Kermorgant is undergoing a medical at Championship side Reading. The 34-year-old has fallen down the pecking order at Dean Court, following Eddie Howe’s decision to sign Benik Afobe and Lewis Grabban from Wolverhampton Wanderers and Norwich City respectively.

The former Leicester City striker has been linked with moves to Bristol City and another of his former clubs, Charlton Athletic. However Brian McDermott looks set to bolster his forward line with the acquisition of the experienced forward, who scored 15 goals as the Cherries won promotion out of the Championship and into the Premier League for the first time in their history.

Get Reading believes that this is a permanent transfer, which will see the striker move to the Madejski Stadium for a £500,000 fee on a one-and-a-half year deal. He will immediately compete with the likes of Matej Vydra, Hal Robson-Kanu, Simon Cox and Orlando Sa for a place up front, which is usually a lone striker position.

The deal is expected to be concluded in time for Kermorgant to make his Royals debut this weekend when they entertain play-off candidates Sheffield Wednesday at their Berkshire home. He has only featured 11 times for his club this season and will certainly be hoping to extend and improve that record with his new club. He will become Reading’s second signing of the window so far, after George Evans signed from Manchester City yesterday.