We thought about getting rid of this intro paragraph this week as we seem to rattle of the same topics. It was a good weekend, teams did well, fans turned up, we all enjoyed it. How boring.

So we thought we would spice things up by moaning about it this week, creating a poor intro that will be improved next week, how’s that sound? Boring? Well phish, this is what you’re getting and feel free to complain that your team/player didn’t get in, create the debate. Here’s the awards winners for this weekend.

FANS OF THE WEEKEND: Birmingham City

There were some great support shown again this weekend but for one of the bigger crowds and longer trips, Birmingham City fans take the accolade this weekend.

Over 200-mile round trip for over 1,000 fans was impressive to say the least and their team put up a fight, as they usually do, but eventually succumbed to the sheer quality of Brighton.  They managed to keep themselves in the game thanks to Jon Toral but it wasn’t enough to get them a share of the points.

A great support for a rising team, it’s just a shame that they have to wear those eye-watering away kits.

Yet again, there were a few really great goals but not many were as good as Ryan Jackson’s rasping drive.

The right-back doesn’t score very often but this one will be in his memory banks for a long time. As Colchester United failed to clear their lines, Jackson received the ball 30 yards out and he delightfully lofted a wonderful drive into the back of the net.

A goal good enough to win any game but at the end of the day, it did not earn the three points that would have seen the Gills return to the top spot. More superb strikes like this one will make sure Justin Edinburgh’s side stays fighting at the right end of League One.

The first ever Fylde Coast derby in the league ends in the fashion it should be. Settled by an elder statesman from the Fleetwood team that have trudged up the leagues and he is the one to net the crucial winning goal.

Oh, in the wrong goal? Oh deary me.

It’s a dreamy story but unfortunately for Nathan Pond, who has been with the Cod Army since they were in the North West Counties Football League Division One back in 2004, it ended in a nightmare. It wasn’t the best of games but it will be forever remembered for the one embarrassing moment from an ever-present centre back.

GAME OF THE WEEKEND: Stevenage 4-3 Morecambe

This was a crazy game that you could not take your eyes off for one moment.

Dean Wells put the hosts in front after just seven minutes but Morecambe came back thanks to their talisman Kevin Ellison. Ben Kennedy then earned Stevenage a penalty but it was well saved by Barry Roche but the hosts were not to be denied for long as Chris Whelpdale cut inside to score from long range.

Whelpdale then missed a second Boro penalty but after the break, he scored twice to give his side an unassailable lead. A Morecambe penalty was dispatched by Paul Mullin and Ellison notched a second to make them sweat but Teddy Sherringham’s side held on for the victory.

Oliver McBurnie is a cracking name and it looks like he has the game to match as the Swansea loanee came on as a substitute and scored a hat-trick in his debut for Newport County.

Three well-taken goals, although the last was a gift, in a spectacular half-an-hour spell helped the Scotland Under-21 international notch his first ever league goals and help Newport extend their recent unbeaten run.

It will be pretty tough for him to build on this expert showing but if he continues like this, John Sheridan will be desperate to extend the 19-year-old’s initial one-month loan deal.

Peterborough have been on fire and it’s almost as if we have a permanent feature down here to reward the exploits of yet another one of their players.

This weekend it was the turn of Conor Washington, who scored a tidy hat-trick to help his side earn a comfortable 4-0 win away against Scunthorpe United. The 23-year-old got the scoring going four minutes in before he popped up twice in the final 10 minutes to seal the Posh’s fourth win in a row and their sixth in their last seven games in all competitions.

Even in their two most recent losses they have scored twice so finding the back of the net is not a problem in the slightest for Graham Westley’s team, who are primed to launch an attack on the top of the league, which seems to switch every week in League One.

TEAM OF THE WEEKEND: Swindon Town

A lot of the spotlight on this fixture will be on Dean Saunders’ departure from Chesterfield but give the Robins some credit, they came to play in this one.

Nicky Ajose opened and closed the scoring here and the forward is really impressing at Swindon, while the always solid Louis Thompson and young Jon Obika rounded off the scoring in this incredibly one-sided affair.

Having gone through an awful spell to start the season, which some predicted, but they have rebounded under Martin Ling and can now start pushing towards mid-table and safety. 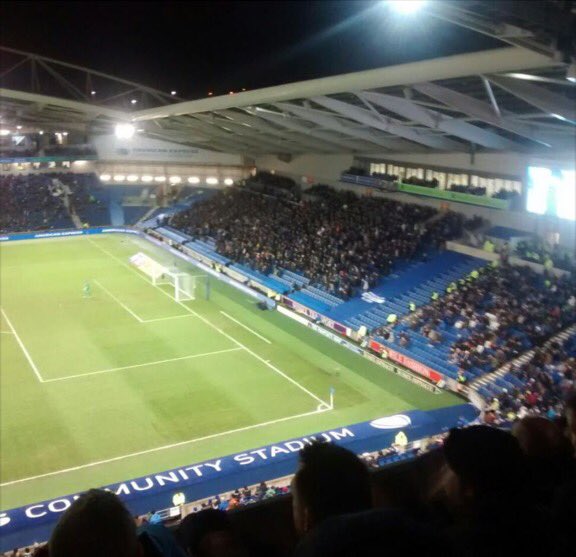