Just after Saturday’s catastrophic loss at home to fellow Londoners Brentford, Charlton Athletic announced that they had parted company with head coach Guy Luzon and some of his coaching staff. Another announcement of the signing of Karel Fraeye hasn’t gone down too well.

Now the London club have announced that they have appointed Karel Fraeye as interim head coach per Charlton Athletic themselves and other sources. The 37-year old Belgian was an assistant to Jose Riga towards the tail end of the 2013-14 season when the two helped to preserve the Addicks Championship status. With Luzon and his backroom coaching staff, assistant head coach Damian Matthew and first-team coach David Martine, all leaving the club, Fraeye has been bolstered by the temporary appointment of fellow Belgian Wim de Corte. The new team will be tasked with the job of turning around Charlton’s fortunes; the Londoners sitting in 22nd place in the Championship and without a win since August 22 this year. 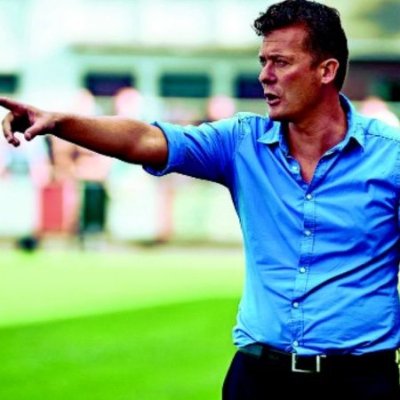 Some sources, such as ‘The Football League Paper’, are claiming that the appointment of Fraeye, who signed from Belgian third division club KFC Vw Hamme, has angered some Charlton fans who view it as continued ineptitude and mismanagement by current owner Roland Duchatelet. Fraeye’s appointment, albeit it on an interim basis, has also garnered some opinion over on Twitter – a place where it is always good to gauge fan engagement and reaction to news from their club.

Among the Karel Fraeye shambles anyone else notice another of the Keystone Cops(Bob Peeters)got fired again this weekend from Lokeren? #CAFC

Fraeye appointment is not okay. The club is taking its fans for fools. Boycotts have to happen or there will be no change. #cafc

Sometimes, however, sometimes it is only humour that saves the sanity…