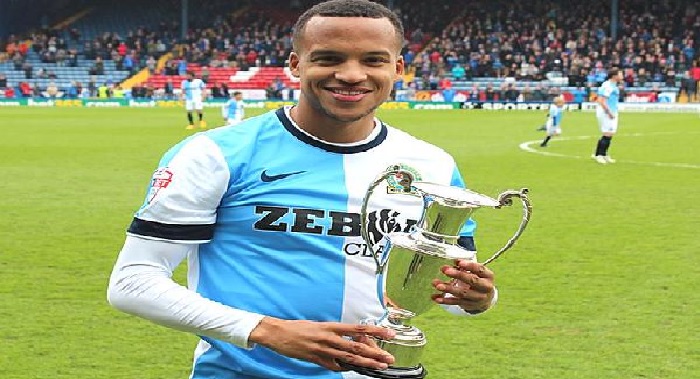 Markus Olsson has told the Lancashire Telegraph that he almost left Blackburn Rovers this summer. He recently made his 100th appearance for the Ewood Park side and last season’s Club Player of the Year is targeting a return to the Premier League with Rovers at the end of the season.

27-year-old Olsson, who has two caps for Sweden, signed for the club back in 2012 when joining from Halmstads BK on a free transfer. At the time he linked up with brother Martin, who was with Blackburn but has since moved on to current Premier League club Norwich City. After starting the season out of the team, Olsson recently disposed Tommy Spurr at left back for Gary Bowyer’s men. Although he admits leaving did cross his mind, he is fully focused on all things Blackburn Rovers,

IN OTHER NEWS:  Sheffield Wednesday boss refuses to be drawn on pursuit of Connor Wickham while discussing loan market difficulties

“Yes, I did (think about leaving). It almost happened but I didn’t feel 100 per cent right to leave.

I wanted to wait a little bit and then I got my chance while I waited.

It felt good when I played and during the summer break the manager called me and what he told me on the phone is what I wanted to hear from the manager.

I then signed a contract as it didn’t feel right to leave.”

Although Olsson is currently back in the team, he believes competition for places is extremely tough and insists that he must work even harder to keep his spot at left back,

“It’s tough competition, we’ve got good players in every position, and nobody is safe in their spot.

Tommy (Spurr) is a good player and you always have to be focused and try your best in training and not switch off, and show the manager that you want to play every week.”

This weekend, Olsson is expected to keep his play in the side as Blackburn Rovers travel to MK Dons, in what is a first-ever league meeting between the two clubs.