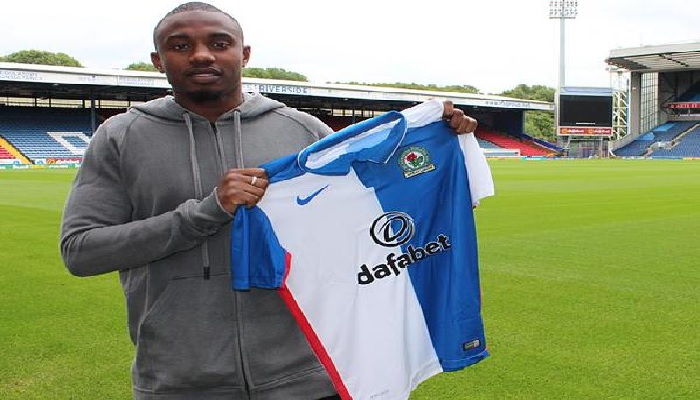 Koita ruled out of Blackburn’s trip to MK Dons

The Lancashire Telegraph has confirmed that Blackburn Rovers forward Fode Koita will miss Saturday’s game with MK Dons through injury. His hamstring injury is believed to be worse than originally thought.

24-year-old Koita moved to Ewood Park over the summer after spending the past two seasons with French club Caen. He signed a two-year deal and although the injury concern isn’t thought to be serious, he faces a race against the clock to be fit in time for the clashes with Derby County and Burnley in the coming weeks. Koita missed Rovers’ last two games prior to the international break, but manager Gary Bowyer believes it could actually be a blessing in disguise,

“Fode is probably going to be a little bit longer than we first anticipated but it’s important that we get it right.

What he is doing now is spending time in the gym, building up. He looks a big lad but the physical tests have shown that he has got a lot of work to do.

And we’re going to use that as a massive positive. We’re going to make him bigger, stronger and better – and that’s exciting.”

Jason Lowe and Chris Brown will also miss out on Saturday, in what will be the first ever league meeting between the two clubs. However Bowyer hopes to be able to call upon Matt Kilgallon and Danny Guthrie following recent injury problems. The club had seven individuals away with their respective countries over the international break but Bowyer isn’t looking to use that as any excuse,

“To be fair you just get on with it.

You’re not spending time doing 11 v 11 or anything like that, it’s just about making sure you’re topping the right people up and looking after the ones with knocks and what have you.”

Blackburn head into the weekend unbeaten in their last four games but are without a victory in their past five away fixtures. On the other hand their opponents MK Dons are winless in seven and have the second worst home record in the Championship.