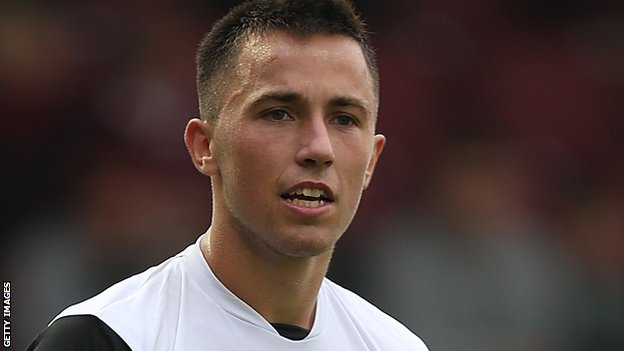 League 1 sides Oldham Athletic and Bury are keen on signing Blackburn Rovers midfielder John O’Sullivan on loan, according to a report.

It is believed that Blackburn have decided to let O’Sullivan leave on loan after weeks of haggling.  Rovers boss Gary Bowyer decided he was willing to loan out the midfielder and the move now looks set to happen.

League 1 side Barnsley were interested in the permanent signing of O’Sullivan in the summer transfer window, after he played eight times on loan at the club last season.  However this move fell through.

The Republic of Ireland U21 international, 22, has played three times for Blackburn and does not appear to be in manager Bowyer’s current plans for the first team.

In-form side Bury are keen to take the midfielder but Oldham Athletic may have the edge over them on this transfer.  Former Rovers midfielder and fan favorite David Dunn was today appointed permanent manager of Oldham.

With strong links to Blackburn Rovers, Dunn would definitely be in with a chance of securing the signing if he wished to.