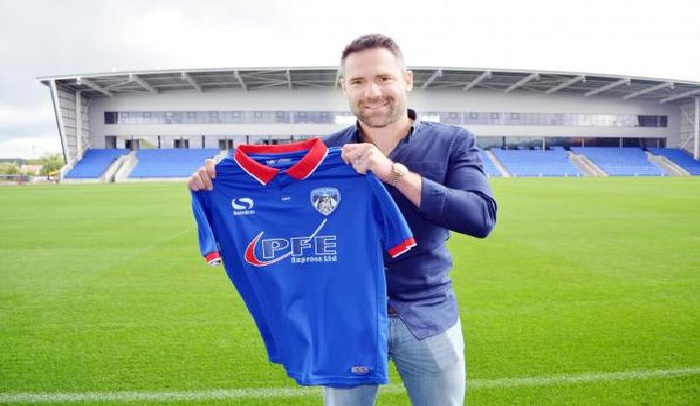 Oldham Athletic have today released a statement on their official website confirming that interim boss David Dunn is their new permanent manager. He has drawn all four games since he has been in charge.

The 35-year-old former Blackburn Rovers legend replaces Darren Kelly, who departed last month and was recently appointed as the new manager of National League side FC Halifax Town. Chairman Simon Corney was delighted to finally reveal the full-time appointment of Dunn, who has impressed during his short time in management,

“Everyone at the club has been very impressed with the way David has gone about his business since taking over the reins on an interim basis.

His dedication, hard work and exacting standards have already had a positive effect on the club and the way he has approached the role has made it impossible for us not to give him his chance.

We believe his ambition, skills and positive influence will be pivotal to the club’s progression.”

Dunn still officially remains as a player with Oldham, although he is only likely to play in an injury crisis or drastic player shortage. He initially joined the club over the summer as a player when signed by Kelly. However after a few months Kelly was dismissed and Dunn has taken the opportunity to stake his claim for the top job. He has been successful in that quest, but he knows the hard work starts now.

His first official game as the permanent manager of the Latics takes place this Saturday in front of their own fans when they welcome Scunthorpe United to Boundary Park. Both sides sit on 11 points after ten matches, both sitting just above the relegation places.