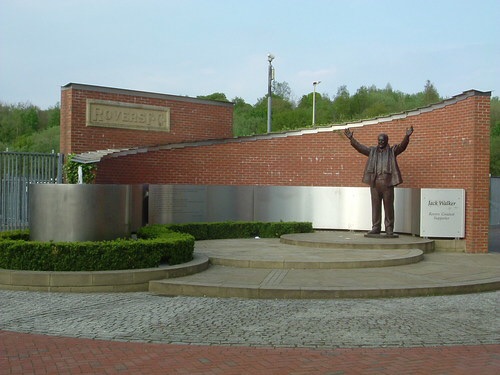 On the week marking the 15th anniversary since the death of Jack Walker, current owners Venkys have paid tribute to the man Rovers’ fans call Uncle Jack.

Our family have always been profoundly aware and respectful of the extraordinary contribution Mr Walker made to this great football club.
He gave this club arguably it’s greatest moment and made its supporters proud, however his legacy is so much greater than that,
Our family would like to put on record its gratitude and remembrance of Mr. Walker.
We have always and will always know and appreciate what he means to the club and it supporters and will always honour his memory.

The club used the Cardiff fixture on Tuesday evening to commemorate the 15 years since Walker’s passing with a tribute on the big screen, special edition programme, flowers by is statue and a minutes applause before the game.

Supporters, often critical of the Venkys reign, appear to have welcomed and appreciated the gesture.