“Goalkeeping is largely misunderstood,” says Richard Lee, about three-quarters of the way through our conversation, “they get credit when they make saves or win a penalty shootout, but a lot of what they do that’s really effective doesn’t get noticed.”

Former Watford and Brentford ‘keeper Lee has recently hung up his boots at just 32 years old, after 15 years in the game. 200 appearances plying his trade in a career punctuated by injury problems took him from Premier League to League One, via dramatic cup runs and play-off heartbreak.

It might not have quite been the career he hoped for when he first broke into the team at Watford, but Lee is philosophical.

“I’m not necessarily bio-mechanically built for football. I’ve had issues since I was 12 years old that I’ve had to fight against. I’ve had problems with my groin pretty much my whole career, my knee I had an operation on in my early twenties, ruptured my bicep, reconstructed shoulders. It was always a bit of a fight just to stay fit, let alone actually progress and improve.”

With that disadvantage, he considers himself very fortunate to have had the career he did. In a game with long odds on the chance of making it as a pro, and longer odds on staying there and making it to the top, Lee certainly placed.

“I look back at certain key moments – even on my debut, one slipped through my hands, hit the bar and went over. Had that gone in, that might’ve been my one and only game,” he says, “and at the same time, I look back sometimes and I when I was 22, 23, and playing at the top of the Championship, getting interest from all sorts of Premier League clubs, you do sometimes wonder what-if.”

On my debut, one slipped through my hands, hit the bar and went over. Had that gone in, that might’ve been my one and only game.

As it turned out, Lee did make it to the Premier League, but his time there was short. Ten appearances for Watford in the 2006/07 season, including holding Manchester City to a nil-nil draw at the Etihad. That same season, Lee was in goal as Watford went out in the FA Cup semi-final to Manchester United; his side competing admirably for an hour, before a Rooney goal put the result beyond doubt. It finished 4-1.

Cup competitions were where Lee made his name. Penalty shootouts, specifically. He counts eighteen penalty saves across his career, and only one penalty shootout loss. In December 2010, in the JP Trophy, he saved three in a row during a shootout against Charlton, following on from a shootout win against Everton three months earlier – a night he considers a turning point.

“I was having a really tough time at Brentford, and that night alone really won over a lot of fans and gave me a second chance, it was probably the best I’ve ever played. That’ll always stay in the memory.”

He went on to win Brentford’s player of the season award that year – before chronicling his memories of the season in a book, Graduation: Life Lessons from a Professional Footballer. A second book, a letter from an ex-pro to a young footballer, is in the works.

Nuturing young talent is something Lee takes a keen involvement in, mentoring and coaching young goalkeepers, but he feels support for young ‘keepers on the mental rigours of the position is lacking, and the mind is too often missed from training and development.

“The majority of training is drills, and for a goalkeeper, the mind is arguably the most important thing. You find a lot of goalkeepers are much of a muchness. Sure, some will have better spring, or more power, or quicker feet or better hands, but the difference between goalkeepers in the Premier League and the Conference isn’t huge. There’ll be slight differences, but a lot of the time it’s consistency.

“I think the reason I got involved in the mentoring – and I’ve got a lot of young goalkeepers I work with – was there were a few times I shot myself in the foot. Psychologically, I beat myself up at times where I made mistakes and I didn’t know how to deal with it. That’s probably the biggest aspect of it for a goalkeeper, if you can get that nailed on, you’ve got a calm temperament and you can get over mistakes quickly, you’ve got a great chance. If you can’t do that, then it’s always going to be a struggle.”

Dive fully. If you get a hand to it, you’re a hero, if you don’t you won’t regret it.

And what about saving penalties?

“A lot of it is instinctual, and my belief was always you’ve got a fifty-fifty chance which side they’re going to go, so go all out. Don’t just go half way and kick yourself if you miss it, throw yourself fully to that side.

“That’s what worked for me, and that’d be my advice for younger keepers: once you’ve made your mind up, then just go all out. Dive fully. If you get a hand to it, you’re a hero, if you don’t you won’t regret it.”

You get the feeling commitment is not something that has ever been lacking from anything Richard Lee does. With an eye to the future, last year he completed a degree in media from Staffordshire University – funded by a scheme run by the Professional Footballers’ Association. With his boots and gloves now hung up, he concentrates on mentoring, media work for the likes of Sky, and a coffee business – Organo Gold – which is going from strength to strength.

“The growth of the coffee business has been phenomenal the last four months; the amount of distributors that have joined, the amount of coffee that we’ve been selling. It’s very promising and that’s certainly taking up a lot of time at the moment,” says Lee, who strikes a cautionary tone when talking about preparing players for life outside football.

“You get to a certain age and that realisation tends to hit that retirement isn’t that far away.It’s almost like the second you hit thirty years old, unless you’re one of the top, top players, it’s very difficult to get a contract longer than a year. So, you’re always potentially a year away from retirement and the wages of a footballer far outweigh anything you’ll get in the real world. For a lot of footballers, to go from playing football a couple of hours a day to suddenly sit behind a desk from nine to five is quite a scary thought.

“I think that the PFA are good, they help fund courses. The problem is the people who need the courses aren’t necessarily the ones who are doing them. Not saying I didn’t need it, but I didn’t necessarily need it as much as some of the other lads who are out there.

“I don’t think footballers have to go down the education route, because for a lot of them, that won’t suit them. However, spending half an hour a day – whether that’s a coffee business or the likes of a Herbalife, there’s plenty of them out there – on something that can tick along in the background with very little risk, it gives them something when the time comes for them to hang up their boots. As a footballer you have an advantage doing that sort of thing, because you’ve got a network of influence – a little bit of profile certainly helps. I’ve heard all sorts of success stories of people who have built these types of businesses alongside their career.”

For a lot of footballers, to go from playing football a couple of hours a day to suddenly sit behind a desk from nine to five is quite a scary thought.

On the business side, Lee has a strong role model in his father, a serial entrepreneur who helped Lee craft his pitch when he and a friend appeared on Dragon’s Den in 2006. The pair walked away with a £150,000 investment from Duncan Bannatyne.

The business is still running today – Lee credits his business partner for that success, while he was focusing on football – but his father’s impact on Lee’s new life as an entrepreneur is a valuable one, with the desire to emulate him a strong motivation.

Recognition of that value comes through in Lee’s mentoring of young goalkeepers, and his determination to pass on the lessons of his career is striking, as is his frustration with how goalkeepers are portrayed in the media.

“Sometimes you might have three or four games where you make a mistake; you can play really well in all four games, but a moment goes against you and people are quick to generalise. That happens, and naturally we assume ‘he’s going through a bad patch’, or you can have three or four bad games, make world class saves in the last minute and everyone thinks you’re on fire.

“It’s not always the goalkeeper that’s making lots of saves that’s the most effective goalkeeper. A goalkeeper that can be the eyes and ears for the four or five in front of him will have so much less to do. It seems like an obvious thing, but it’s not something that every goalkeeper’s blessed with.

“You can inspire and motivate those in front of you. The difference between a half-hearted shout of ‘away’ or ‘man-up’ or ‘mark-up’ and speaking to that person individually and making sure they do that job. If they do it well, then praise them, if they don’t then let them know you’re on their case – you’re effectively a manager on the field. That’s something, again, that’s not really understood.

“Distribution now is becoming much more important, as is knowing the tactical side of the game. It’s just scratching the surface what’s noticed. Certainly, if someone was to do a proper assessment of a goalkeeper, it would be pages and pages of notes. There really is a lot to it.”

No-one’s written up that assessment yet, but if someone is going to do it, there aren’t many people more qualified than Richard Lee. 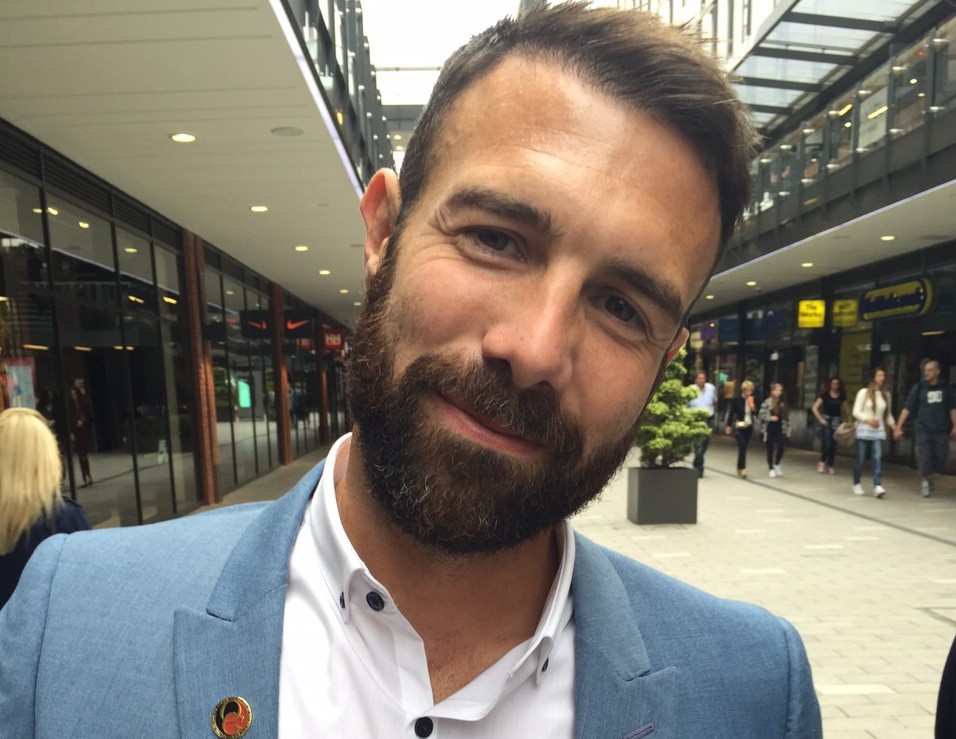 Arlen is a Reading fan. Which means he knows a lot about losing in play-off finals, 0-0 draws, and disappointing FA Cup away ties.