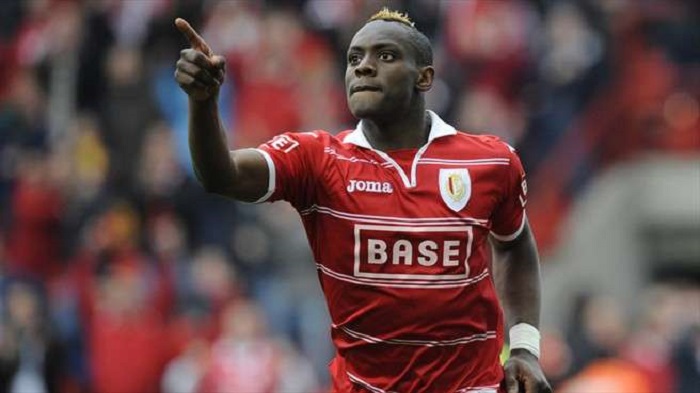 Three days after the end of the season, yes just three days since the Championship season finished and already the transfer rumour mill has been cranked up at Elland Road. With the re-admission of il capo Cellino to the Leeds United fold, now he is a ‘fit and proper person’, it seems that a string of ‘names’ are being linked with the Whites…this is even before the player retained list is released by the club.

The latest player to see his name flashed up before the eyes of Leeds United fans is that of Paul-Jose M’Poku Ebunge, a Congolese-born winger with Belgian citizenship who is currently at Cagliari on loan from Qatari side Al Arabi SC. With Cagliari possibly facing relegation, it is unlikely that they will take up the reputed €4m redemption fee should they wish to retain his services. This would open up the possibility of Cellino nipping in there to seal the deal in his inimitable “I’ll make you a loan offer you can’t refuse” manner.

Over his career, M’Poku, who was once on the books at Tottenham (2009-2011) has played 168 games, scoring 34 goals and providing 31 assists – averaging a goal every 313 minutes. His most productive season was the 2013/14 season where he was playing for Standard Liege in the Belgian league. During this season he notched 12 goals (seven in the Jupiler Pro League – plus one in the playoff, two in the Europa League – plus one in Europa League qualifiers, one in the Belgian cup) and he [M’Poku] also weighed in with 9 assists (five in the Jupiler Pro League – plus three in the playoff and one in the Europa League.)

Currently, for Cagliari in Italy’s Serie A competition, M’Poku has the following returns:

Whilst Leeds are ‘rumoured’ to be watching the situation, so are a host of other teams, reputed to include Premier League team Southampton and new boys Watford. If there is any substance in this rumour, it could be an interesting one to keep your eyes on but one where Cellino would have to pull off more than magic to land.