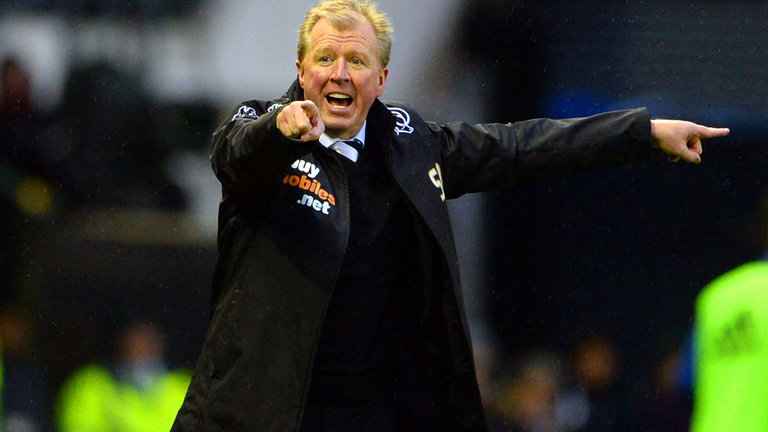 From mundane to masterful: How Steve McClaren brought Derby back to the forefront of English football.

The date was September 28th and Derby County had just lost to local rivals Nottingham Forest. The Rams had only won three times all season and, as a result, are 14th in the league. Nigel Clough was dismissed as manager.

Following their embarrassing exit from the Premier League, Derby had made steady progress under Clough, who had been appointed following a hugely successful spell at Burton Albion. However, following a summer that saw an influx of new talent, it was felt that Derby should be aiming to once again sit at English football’s top table.

The man who was charged with this task was former England manager Steve McClaren who, following a dismal spell at Forest, had been working as a coach under Harry Redknapp at QPR. Despite his inconsistent history as a manager McClaren looked a plum pick for the job. McClaren won the second division with the Rams as a player before being a part of three Premier League title wins, including the 1999 treble, as Sir Alex Ferguson’s assistant and as a manager he won the English League cup, Middlesbrough’s only major trophy to date, in 2004 and the Eredivisie with FC Twente.

His impact was immediate, McClaren gave a team talk to the Derby players at half time during a match at home to Ipswich, the game was McClaren’s first since his appointment however he was not taking charge for it. Derby were 4-1 down at that time but fought back for a 4-4 draw in the second half. Derby would go on to lose just one of their first 13 league games under McClaren, winning 10, scoring 30 goals in that time.

Goal scoring has been the catalyst of McClaren’s success at the iPro stadium. His side were the top scorers in the division last season scoring 84 goals. Including the Ipswich game, 70 of those league goals came under McClaren and 38 of the overall 84 came from Chris Martin (22) and Craig Bryson (16). It is the side’s ruthless attacking play and desire to score goals that saw derby win 21 of their 35 games under McClaren last season, losing just 7, and it was this record that allowed Derby to spend the final 20 games of the season fifth or above.

Derby’s form saw them rewarded with a playoff final against QPR. Derby were dominant on the day however a late Bobby Zamora goal broke their hearts and left them looking desolate on the Wembley turf.

McClaren’s success last season was based on getting the best out of the players who were already at Derby as well as bringing in players who could make a difference. Through Jake Buxton and Richard Keogh he formed a good, if not slightly inconsistent, centre back pairing. the signing of Andre Wisdom from Liverpool game Derby an exciting young right back who was determined to prove his worth. He also made Craig Forsyth one of the most consistent left backs in the division. The midfield three of Hughes, Bryson and Hendrick brought a dynamic, technical and attacking presence to the derby side and with John Eustace, and eventually George Thorne, as back up derby had depth and security in the middle of the park. McClaren also helped to make Chris Martin one of the most potent scoring threats in the division and one who has continued to deliver for The Rams.

The new season saw McClaren determined to see his side promoted to the Premier League. Derby lost just six times in all competitions during the opening five months of the season and they have only lost twice more since the turn of the year. Once again this Derby side has consistently scored goals, however, they have developed the ability to win ugly at times despite the worry of defensive stability constantly present.

The permanent signings of George Thorne, Cyrus Christie, Raul Albentosa and Ryan Shotton have given derby the depth to survive and strive in the division, and Tom Ince’s impact following the loss of star loan signing Jordon Ibe has been nothing short of stunning. McClaren has also attempted to take the goalscoring strain of of Chris Martin by signing Darren Bent on loan from Aston Villa and his faith in the England international has been repaid with five goals in seven league games.

Derby currently sit top of The Championship and seem destined for the Premier League. Whether or not McClaren can finally prove himself as a top English manager remains to be seen. One thing is for certain, if two years on from his appointment Derby sit 14th in the Premier League McClaren’s head will not be on the chopping block.