Middlesbrough travel to QPR for their second game of their 2022/23 Championship campaign, as they look to improve on last week’s 1-1 draw with West Brom.

Middlesbrough went a goal up early on against the Baggies through Isaiah Jones, but were pegged back in the second-half by John Swift’s debut goal.

There were plenty of positives for the Teessiders in the 1-1 draw and they will be hoping to go one better and get a win against their opponents this weekend.

They take on a QPR side who lost away at Blackburn Rovers on Saturday, and Boro will be hoping to inflict another defeat on Michael Beale’s side tomorrow afternoon.

How will Middlesbrough line up?

In terms of team news, Paddy McNair is back in contention having served his one-match suspension against West Brom. His red card on the final day of last season at Preston North End meant he missed their season opener but he will likely come straight back into the starting eleven at Loftus Road.

Dael Fry was left on their bench in the last game as a precaution and could be passed fit to play against QPR. However, there has been no update since the West Brom draw and so it remains unclear whether he will start or even play a part at all.

Defence is the only place where changes are expected. McNair and Fry’s availability throws a spanner in the works, yet in midfield, Chris Wilder’s lack of options means the three that started on Saturday will start again.

Up front, Marcus Forss is still getting himself up to speed following his arrival from Brentford. He did not play a minute of pre-season with the Bees, and so was only fit enough to be a second-half sub last time out. He is expected to start on the bench against QPR, and so there may not be any changes at the top end of the pitch. 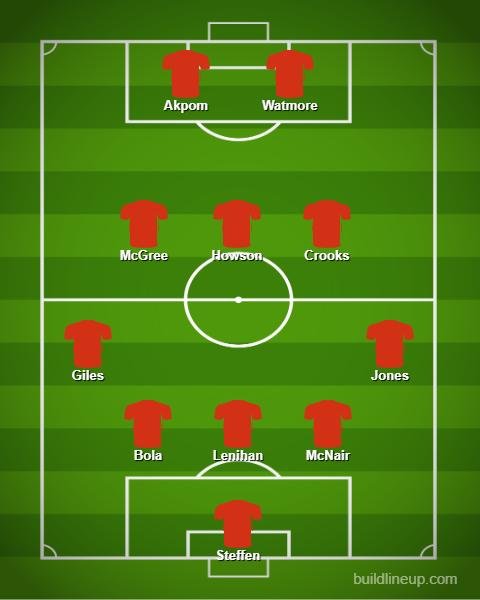