Blackpool travel to Stoke City this weekend in their second game of the 2022/23 Championship season.

Michael Appleton’s side started in perfect fashion, picking up all three points against Reading last time out.

The Seasiders have had a slightly shaky summer, but they’ll be hoping to recreate their form of last season and continue to solidify their place in the second-tier.

Appleton is following in Neil Critchley’s footsteps and the former Lincoln City boss has a big role to fill. The win against Reading should help settle the nerves leading into this one, but there is no doubt the Potters should prove a more difficult task.

Blackpool have a lot of players missing through injury and this could hamper their chances, but can Appleton find a way to fight through the obstacles facing him early on in his Blackpool tenure?

How will Blackpool line-up against Stoke City?

Appleton appears to be utilising the 4-3-3 formation in his early days at the Seasiders and there’s no real reason for that to change this weekend. Blackpool had to make a late change last Saturday when winger Keshi Anderson suffered a major injury moments before kick-off.

Blackpool have a lot of talent raring to go, but with some key players nearing returns they may manage to force themselves back into the starting squad.

Jordan Gabriel, Richard Keogh and James Husband seem to be the names to watch out for this weekend, but it seems unlikely they’ll be able to fit straight into the starting XI. However, they may give Appleton a headache when choosing his substitutes.

After a narrow, but comfortable win at the weekend some would argue Appleton has no need to change the winning formula.

Here’s our predicted Blackpool XI for their outing against Stoke City this Saturday: 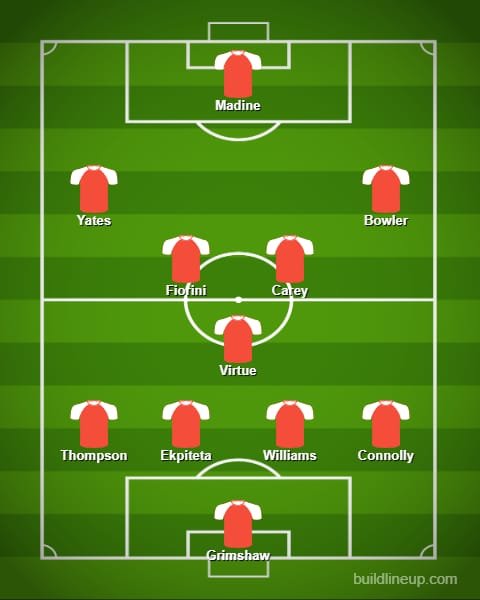 Swansea City expecting star man to leave this summer, Leeds United among the teams to have been linked