Middlesbrough open their 2022/23 season with a televised clash against West Brom at the Riverside tomorrow evening.

After finishing in 7th position last season, Middlesbrough are hoping to go one better and break into the top six this time around.

The Teessiders have strengthened in a number of areas, bringing in two new goalkeepers, three defenders and a striker already this window, and the majority could be involved in their season opener against the Baggies this weekend.

The clash against West Brom could go either way considering Steve Bruce’s side are also gunning for a place in the play-offs this coming campaign. However, Boro’s home form was exceptional last season and they will be looking to replicate this by getting a win under their belts tomorrow evening.

How will Middlesbrough line up?

Manager Chris Wilder is notorious for his 3-5-2 formation, although he did tinker with a 3-5-1-1 in pre-season. However, the imminent exit of Marcus Tavernier looks to have put a stop to utilising the latter formation against West Brom, as they only have three senior midfield options going into the game.

Three of their new signings are expected to start, with goalkeeper Zack Steffen, and defenders Darragh Lenihan and Ryan Giles playing from the off. Striker Marcus Forss signed from Brentford yesterday and could be thrown straight into the starting eleven, but he did not play a minute for the Bees in pre-season and so is more likely to be introduced in the second-half as he gets up to full fitness.

This could mean Duncan Watmore and Josh Coburn are trusted to lead the line together, getting the nod ahead of Forss and Chuba Akpom.

LINK: ALL THE LATEST MIDDLESBROUGH  NEWS ON THE72 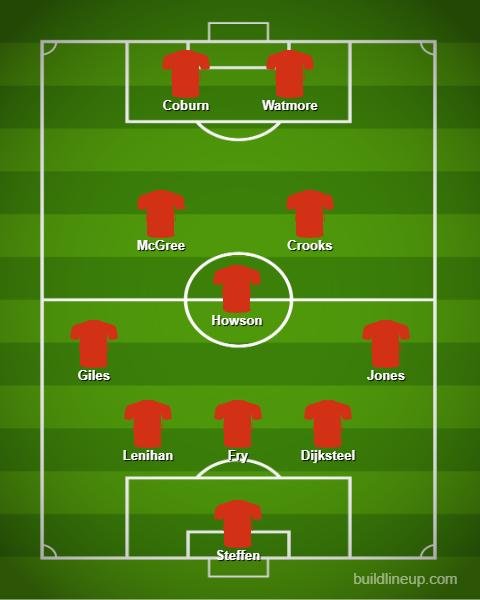