Preston North End are not pursuing a deal for Derby County’s out of contract attacking midfielder Ravel Morrison, the Lancashire Post has clarified.

Preston, Sunderland and Huddersfield Town were all linked with a move for Morrison on Thursday.

Football Insider claims that the Championship trio are all interested in signing the former Manchester United wonderkid as his contract with Derby County nears expiry. But now, an update has emerged regarding the Lilywhites’ position on a possible deal.

The Lancashire Post has insisted that at this moment in time, Morrison is not a player on Preston North End’s radar.

Could Morrison remain at Pride Park?

Although, as it stands, the 29-year-old will become a free agent at the end of the month, the latest on Derby County’s ownership situation could offer encouragement in their bid to keep current players including Morrison.

Clowes Developments have bought Pride Park and are now set to make a bid to buy the club today.

Confirmation this morning that Clowes Developments have purchased Pride Park and issued a loan to keep Derby running for the interim. A bid will be submitted today to buy the football club https://t.co/vVwSUzktjW

The Rams haven’t been able to officially offer new contracts to those who see their deals expire, but the developing situation regarding local businessman David Clowes’ efforts to buy the club certainly marks a big step in the right direction.

Manager Wayne Rooney has said before that all of the current players would love to stay at Derby County.

However, it remains to be seen if that is still the case for his squad and, specifically, Morrison amid interest from elsewhere.

During his time with the Rams, the Manchester-born attacking midfielder has played in 38 games – the most he has managed for a single club across his career. In the process, he has managed five goals and four assists. 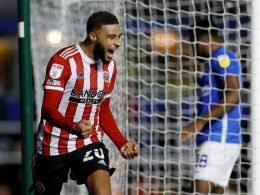 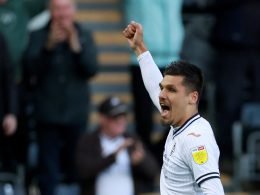 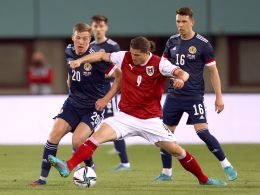