Burnley have announced their retained list on their official website following their relegation to the Championship after six years in the Premier League.

Crucial figures from their spell in the top flite in captain Ben Mee, Aaron Lennon, Erik Pieters, Dale Stephens and Phil Bardsley will depart Turf Moor when their contracts expire.

James Tarkowski has also called time on his Clarets career by rejecting the offer of a new deal ‘to seek an opportunity elsewhere,’ with the Athletic reporting that the 29-year-old has had a medical at Everton ahead of a move to Goodison Park.

The Lancashire side are actively discussing new terms with Matej Vydra and Jack Cork, while they have taken the option to renew Ashely Barnes’ contract for another campaign.

There is yet to be a manager appointed at the Clarets who finished 18th last time out, with the Daily Mail revealing that former Anderlecht manager Vincent Kompany is likely to be announced next week.

A tough rebuilding job on the hands of the future manager…

Squad consistency was a vital part of Burnley’s strategy under former boss Sean Dyche, who kept a solid spine of the team throughout his ten-year tenure at the club.

Mee was an ever-present after joining the Clarets in 2012 and still a colossus in the heart of the defence despite his age, while Bardsley, Lennon, Pieters and Stephens could have provided a level of experience to aid the side’s chances in the second tier.

One area Kompany may target in his recruitment is to replace the leadership lost by the older professionals departing, with the Championship a physically and mentally gruelling competition in which to compete.

There is little doubt that Turf Moor will be a very different place from the last time the club dropped out of the top tier as the Clarets set out on a new era. 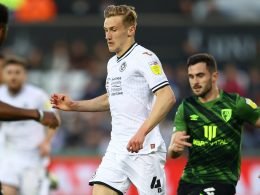