The Plymouth Argyle players out of contract in 2023

Plymouth Argyle enjoyed a largely impressive 2021/22 season, but a large chunk of the current squad are approaching the final 12 months of their respective deals.

The Pilgrims finished 7th in League One last season, narrowly losing out on play-off football on the final day and condemning Schumacher’s squad to another campaign in the third division in English football.

But as Plymouth Argyle approach next season with aspirations of another promotion-pushing campaign, Schumacher will certainly be aware of the contract situations of his squad.

Camara already looks set for the exit door with Argyle putting the midfielder on the transfer list, as they look to cash in on the Guinean international before his contract expires. Another likely to move on is wing-back Cooper, with Schumacher opening the door for him to depart.

First-team starters such as Gillesphey, Scarr, Grant, Hardie and Jephcott will certainly be top of the list in terms of renewals after showing their quality in League One and all of which will hold good transfer value to the club which brings more importance to tying them down.

Players such as Wilson, Mayor, and captain Edwards may be players the manager opts to keep at the club beyond their current contracts due to the vast experience they bring to the squad.

The likes of back-up ‘keeper Burton and defenders Law and Bolton also could be of value, but it remains to be seen just how their situations pan out.

The many players out of contract makes for a big season for Plymouth Argyle, with decisions to be made either this summer or during the forthcoming campaign.

Boyle to start? New striker? Huddersfield Town's ideal starting XI for the start of the 2022/23 season

The Bristol Rovers players out of contract in 2023 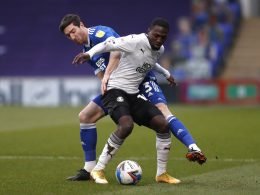 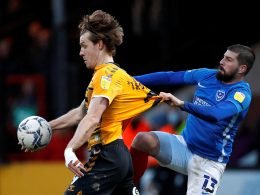