Comment: This Leyton Orient youngster should not be loaned out next season, he deserves a chance in the first-team

Leyton Orient have had quite a few young talents coming through in recent years.

While Leyton Orient may be better known for developing young talent on loan from bigger clubs, with established Premier League players like Tom Carroll, Andros Townsend and England captain Harry Kane all spending time with Orient, there are opportunities for local talent to develop with the academy.

Now, another youngster starting to turn heads is Jephte Tanga.

He’s someone who Leyton Orient fans will know of, but won’t have seen much of – he was used just three times this season under Kenny Jackett and Matt Harrold, the latter handing him his League Two debut last season away at Colchester United.

Instead, the young forward spent time on loan with Sutton Coldfield and, he thoroughly impressed both clubs before being recalled in late February and going on to win the club’s young player of the year this season.

Jephte Tanga was awarded the young player of the year presented by Brian Saah! 🏆

With an already small squad size, Leyton Orient should seriously consider keeping the 17-year-old midfielder around their first-team next season.

Of course, that all depends on who is brought in over the summer, but it’s likely a player as young as Tanga would learn more training every day with the first-team squad instead of going on loan into the non-league system.

At 17, he’d likely only be used sparingly – but he’s impressed in his first loan spell away from the club as well as all the games he’s played for the club at both youth and senior level, and he’s certainly given himself a good chance to prove himself over the summer during pre-season.

Comment: This Exeter City youngster should not be loaned out next season, he deserves a chance in the first-team

Comment: This Portsmouth youngster should not be loaned out next season, he deserves a chance in the first-team next season 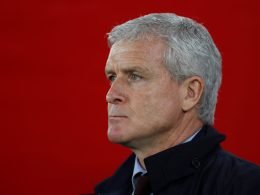 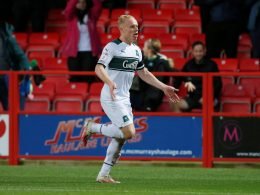