Comment: This AFC Wimbledon youngster should not be loaned out next season, he deserves a chance in the first-team

AFC Wimbledon go into their first League Two campaign since 2016 with one of the youngest squads in the EFL.

Johnnie Jackson has been announced as the new AFC Wimbledon manager just 15 days after leaving the Charlton Athletic job.

The 39-year-old has a short period of time to get ready for the upcoming season in which the Dons will be looking to bounce back to League One.

The club have an impressive record of developing and playing youngsters from their academy. Jack Rudoni and Ayoub Assal have both established themselves as key first-team assets over recent times. With Jackson’s academy background with the Addicks, it’s a positive sign for young Dons progressing through the ranks.

The next youngster who deserves a chance in the first-team is Jack Currie. The 20-year-old left-back has been with the club since he was 12.

He has now developed his game out on loan over the past three years since signing professional back in 2020.

Currie has excelled this year at Eastbourne Borough in the National League South and has made over 40 appearances for the Sport this past season to gain valuable experience.

Having recently signed a two-year-deal with an option of a further year, Currie will be at Plough Lane till at least 2025, showing how highly the Dons rate him. With just two senior appearances to his name currently, he’ll be hoping to increase that number under Jackson.

He’ll have competition for the role next year though. Lee Brown is an experienced player with over 300 Football League games and has been a regular in the side since his arrival in January. In League Two, experience is critical to success so Currie may have to bide his time for his opportunity.

He isn’t the only youngster who will want to impress Jackson, the 17-year-old sensation Alfie Bendle will be looking to force his way into the Dons midfield along with tricky winger Dylan Adjei Hersey. All three will certainly be eyeing a place in the squad on the opening day come July. 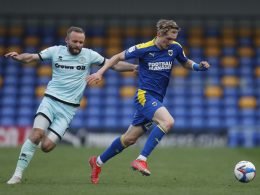 Sunderland and Huddersfield Town have both had fresh bids for AFC Wimbledon youngster Jack Rudoni rejected, says per… 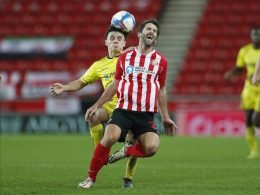