Wiredu, 22, joined Colchester United midway through last season. The former Charlton Athletic man would go on to feature 20 times in the league and has 15 League Two outings to his name this time round.

What do we know about Wiredu?

The midfielder stands at 6ft 3in. He’s something of a powerhouse in the middle of the park but he’s also a player with great technical ability, and so he looks like a player who could really compliment Steve Cooper’s style of play at Nottingham Forest.

After a 2-0 defeat away at Middlesbrough yesterday his side now find themselves in 9th-place of the Championship table.

Both Boro and Forest had the chance to move up into the top-six yesterday, but it was Middlesbrough who did so. Forest though still have a great chance of achieving an unexpected top-six finish and the addition of Wiredu in January could really help them on their way to achieving that.

It’s unknown whether Cooper will fancy Wiredu as a regular starter straight away, or whether he’ll look to ease him into first-team action ahead of next season.

Either way, it looks like a really exciting signing for the club – Nottingham Forest are next in action against Huddersfield Town in the Championship before the end of the year. 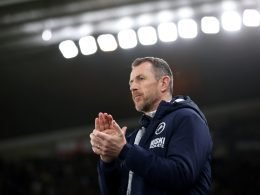 Bristol City are ‘bracing themselves’ for a bid from Crystal Palace for Antoine Semenyo, reports BristolLive. Semenyo, 22,…
Total
0
Share
0
0
0
0