Pundit suggests Middlesbrough are missing the goals of Britt Assombalonga

Middlesbrough have had a poor start to the season by all accounts, sitting in 15th position after 11 games played.

Middlesbrough have won just three times all season, drawing a further three and losing five. Many supporters thought Boro would be challenging for a top six finish, but that expectation looks to be fleeting with each passing week.

Across those 11 games, the Teessiders have found the net just 11 times, whilst conceding 13. The front end of the pitch is a concern and has been addressed by Sky Sports pundit Lee Hendrie in the latest edition of their EFL Podcast. 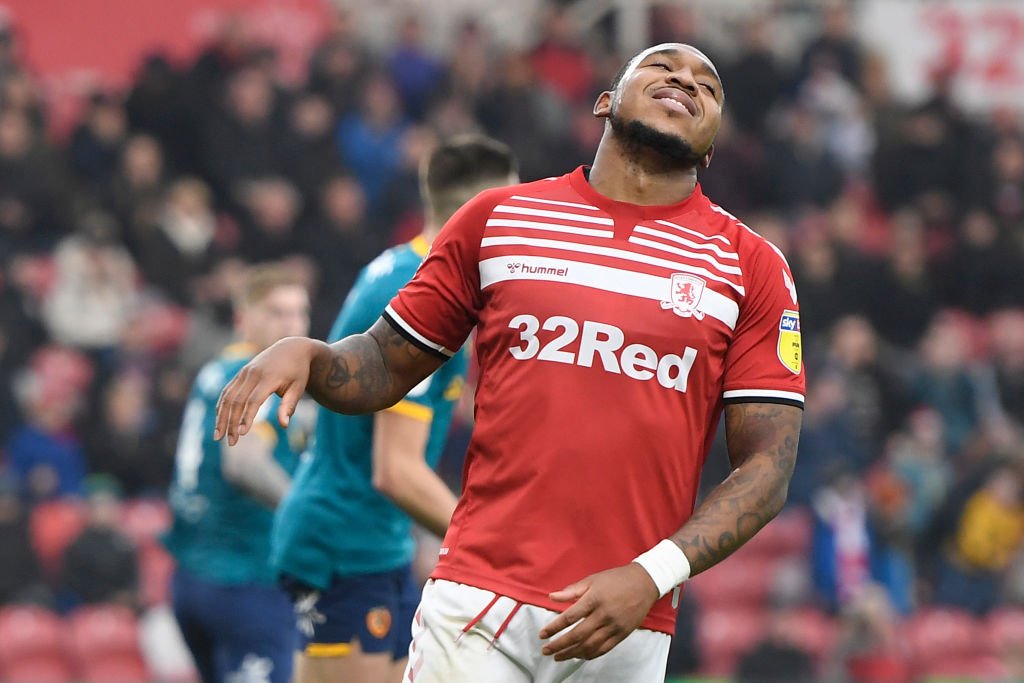 Hendrie spoke out about their lack of goals and suggested they are missing Britt Assombalonga.

Sign up to our weekly newsletter – EFL news straight to your inbox!

The Democratic Republic of Congo international moved on in the summer after not being offered a contract extension. He soon sealed a switch to Turkish Super Lig new boys Adana Demirspor, where he has played eight times, scoring three goals and registering one assist.

“[Middlesbrough] haven’t really had a prolific goalscorer when you look at it,” said Hendrie.

“Assombalonga when he first came in that was when he had his great season where he scored all of them goals and then all of a sudden, that’s an area that really stands out for me for Boro.

“I can see the frustration from Warnock and I think he’s tried to mix it up more in that forward area with obviously Assombalonga not being there but I just feel that that’s an area that’s a stand-out position for me where I think that if they can get someone in who can be a bit more prolific they can certainly start moving up the table.”

Middlesbrough signed two strikers this summer after allowing Assombalonga and Ashley Fletcher both to depart.

They brought in Andraz Sporar on loan from Sporting Lisbon and Uche Ikpeazu in on a permanent deal from Wycombe Wanderers. The former has one goal, whereas the latter has two to his name.

Middlesbrough manager Neil Warnock will hope to get the best out of what he has got between now and January in the hope of not having to dip into the transfer market once again.

Having signed Ikpeazu, Sporar and Matt Crooks they should have enough to progress up the table in no time, but if not Hendrie is right, January is always an option.