Fulham’s Bobby Decordova-Reid has been named The72’s Championship Player of the Week for Round Two.

Marco Silva picked up his first win as Fulham boss yesterday, with a resounding 5-1 win away at Huddersfield Town.

Aleksandar Mitrovic opened the scoring late on with a bizarre goal, with Josh Onomah and Fabio Carvalho giving Fulham a 3-1 lead at half-time.

Despite Harry Wilson being sent off after the restart, Ivan Cavaleiro would come off the bench and score two goals in the final 15 minutes of the game – Decordova-Reid though was the star of the show with three assists.

The Jamaican international was a favourite of Scott Parker’s last season, featuring 33 times in the Premier League and scoring five and after yesterday’s showing, he’ll surely become a favourite of Silva’s too.

Decordova-Reid, The72’s Championship Player of the Week for Round Two: 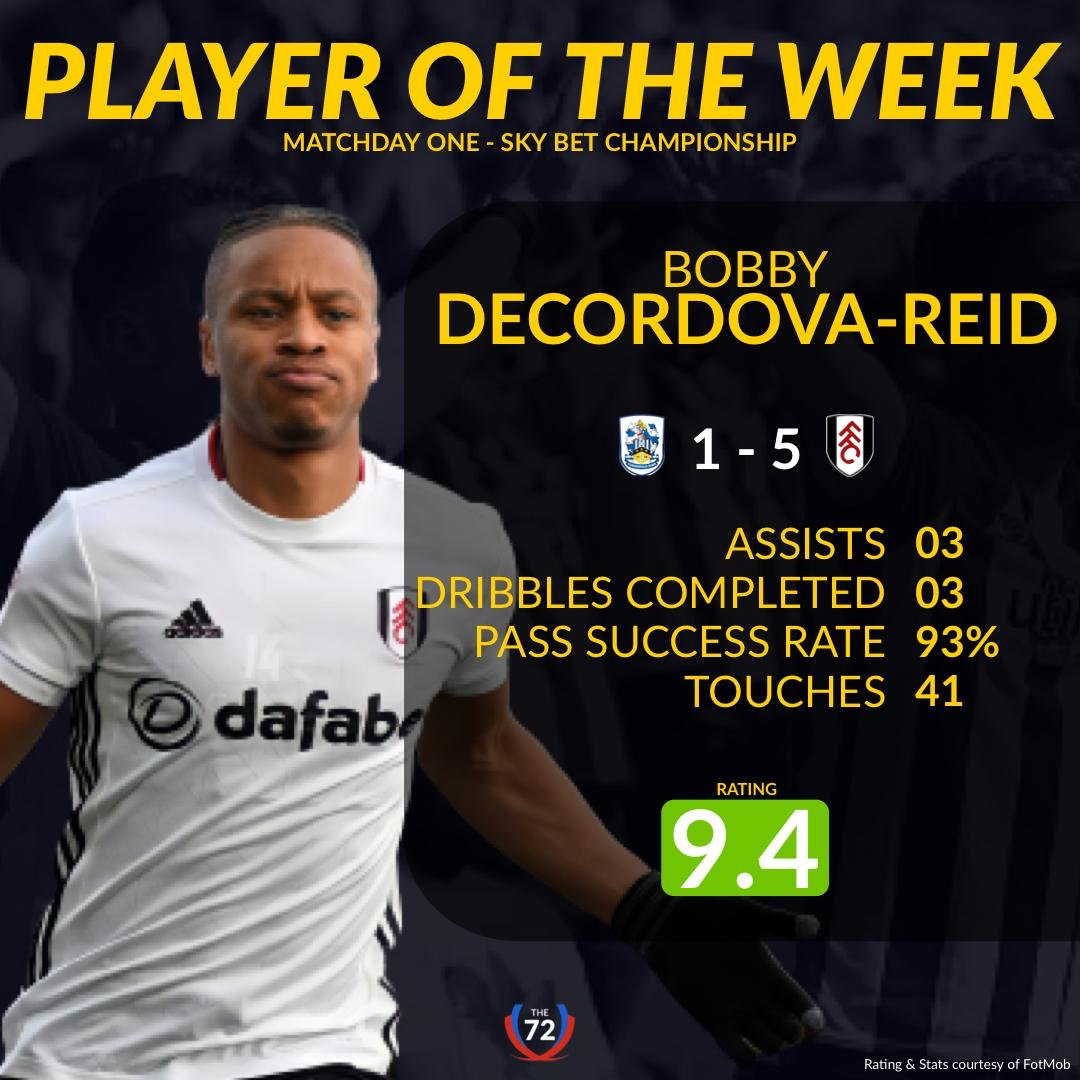 Bournemouth and Everton are both keen on Bristol City’s Antoine Semenyo, who is being heavily linked with a…