Oldham Athletic attacker Conor McAleny is still yet to sign a new deal with the League Two club with the clock ticking.

Oldham Athletic are facing a battle to keep hold of him this summer with his contract expiring in a matter of days.

McAleny, who is 28-years-old, has been in contract talks with Keith Curle’s side and they are keen to keep hold of him.

However, there has been no sign of an agreement being struck yet.

He scored 18 goals in all competitions for the Latics last season and will be seeing what other opportunities there are out there.

He has been linked with Ipswich Town recently, according to a report by TWTD and was wanted by Bradford City in January, as per the Telegraph and Argus.

Bristol Rovers’ name has also been thrown around on social media as a potential destination for McAleny, as per Bristol Live, but it is yet to be known where he will be playing his football next season.

The attacker started his career at Everton and had loan spells away from Goodison Park with the likes of Scunthorpe United, Brentford, Charlton Athletic and Wigan Athletic.

McAleny left the Toffees on a permanent basis in 2017 and had three years at Fleetwood Town, where he managed nine goals in 70 matches.

He had stints on loan at Kilmarnock and Shrewsbury Town during his time at Highbury before Oldham came calling last summer.

His future at Boundary Park currently hangs in the balance and the likes of Ipswich, Bradford and Bristol Rovers may well be keeping an eye on developments. 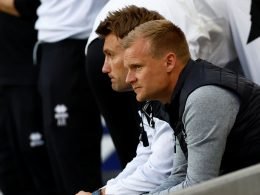