According to Belgian news outlet Voetbalkrant, Norwich City are set to send winger Daniel Sinani on loan to a Championship club next season.

The 24-year-old has spent the 2020/21 campaign on loan, linking up with Belgian Jupiler Pro League side Waasland-Beveren last summer. Sinani sealed the move shortly after joining Norwich City, coming in on a free transfer from Luxembourg-based side F91 Dudelange in July 2020.

Now, with the summer transfer window on the horizon, reports have emerged revealing the Canaries’ stance over Sinani’s immediate future at Carrow Road. 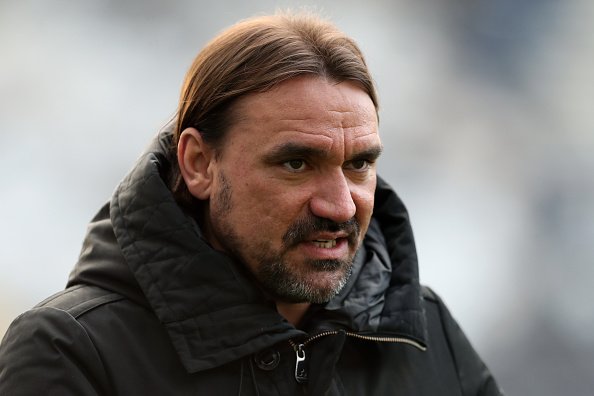 READ: Manchester United starlet’s agent reveals Norwich City are ‘keen’ on midfielder ahead of next campaign

As per a report from Voetbalkrant, Norwich are set to send the Luxembourg international out on loan once again next season.

This time round, however, Sinani is poised for a stay in England. Daniel Farke is reportedly hoping to send the midfielder on loan to a Championship club and they prepare for a return to the Premier League.

In his time with Waasland-Beveren, Sinani has featured 16 times across all competitions. For Nicky Hayen’s side, the former Dudelange star has netted three times, featuring on the wing and in attacking midfield. Prior to leaving on loan, the playmaker featured once for Norwich’s U23s, netting in a 3-0 win over Reading.

It will be interesting to see how Sinani fares should he complete a move to the Championship.

The winger is yet to get a proper taste of English football, so it awaits to be seen who looks to snap him up this summer.

'Horrific', 'One of our weakest line ups' - Many Middlesbrough fans react to team news v Watford

Comment: if Nixon is right about sale-to-buy at Nottingham Forest, here's what they must do!

Burnley welcome Hull City to Turf Moor tomorrow night, for the first time since 2016. The Clarets have…
Total
0
Share
0
0
0
0