Forty years ago, Sir Bobby Robson took an unfashionable team from a farming community and stamped their name all over Europe. 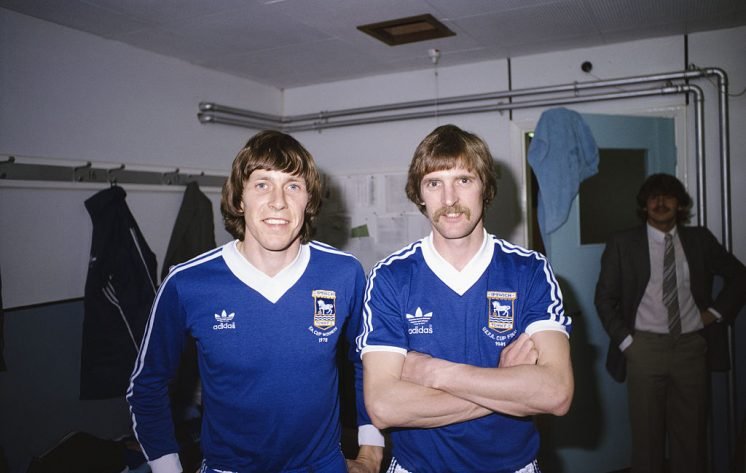 Now, with the upcoming season being the anniversary of one of Ipswich Towns best days in the sun, the club, and kit-maker Adidas have decided to honour the team that Mr Robson regarded as “the perfect jigsaw”.

In truth, those forty years have not been overly kind to the Suffolk club. Despite two stints in the top flight since football was invented by Sky TV in 1993, previous to that Ipswich had slid from the summit into Division two, and at present, sit in the third tier, oddly called League One. They have recently finished in their lowest placing since Scott Duncan was at the helm in the mid-fifties.

But today’s announcement, as the kids say “lowkey” on twitter, saw a few snapshots, a very moving video, then a shirt launch, an understated royal blue, with Adidias trademark shoulder stripes, and a return to the old club crest (for one season only).

The use of hashtags is a little beyond me, but the slogan #WeAreTown is designed to stir some long lost romance for the club. Add to this the new selection of charity sponsors ‘Carers Trus’  and ‘Thank you NHS to accompany *Mind, this plain shirt may well help the club shop out of furlough. This is especially so as pre-orders include limited edition artistic postcards as a thank you. Not for buying the shirt, but a thank you for sticking with the club no less.

On top of this, which may appear to be a regular shirt launch in most circles, a cryptic tweet about next week’s away kit being “something unlike we’ve seen before” with rumours of radical patterns and colours bouncing around the chat rooms and forums.

Maybe Ipswich Towns marketing department have pulled a rabbit from the hat? Could a shirt launch really be the spark?