Twitter: Blackburn. Among a few looking at keeper O’Hara. Freed by Man U. Been out on loan a lot. Ideal cover. (@reluctantnicko)

The stopper is leaving Old Trafford as a free agent this summer and will be weighing up his options.

Blackburn are in the hunt for a goalkeeper or two for next season with current number one Christian Walton due to return to parent club Brighton and Hove Albion, whilst their back-up Jayson Leutwiler is out of contract.

O’Hara, who is 24 years old, is a good option for Tony Mowbray’s side on a free transfer.

The twice-capped Republic of Ireland international rose up through the youth ranks at Manchester United and was regular for their youth sides. However, he never made a senior appearance for the Premier League giants.

Instead, O’Hara has spent the majority of his early career out on loan, starting with spells in non-league at Trafford, AFC Fylde and Stockport County.

He then moved up to the Football League with Morecambe before an impressive season on loan at Macclesfield Town in the 2018/19 season, where he won their Player of the Season in League Two. 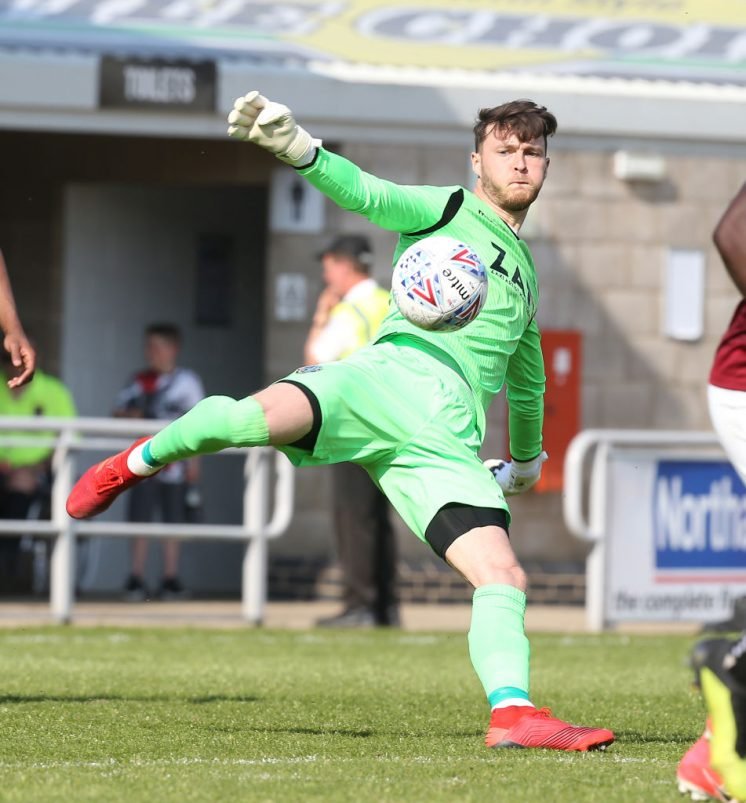 O’Hara has spent the past campaign in the third tier at Burton Albion and played 42 times in all competitions for the Brewers.

As Blackburn scour the market for a couple of ‘keepers, will they lure him to Ewood Park this summer?

Watford have accepted a bid of £20m from Nottingham Forest for star forward Emmanuel Dennis, The Athletic’s Adam…