According to Dutch site Voetbal International (VI), one name entering into contention for the soon-to-be-vacant Birmingham City job is that of Groningen boss Danny Buijs.

VI state that Buijs “is in the picture” to become the new boss at Birmingham after current boss, Pep Clotet, leaves at the end of this season. That leaving seems to be along the lines of the ‘mutually agreed’ basis.

Buijs has been manager of Eredivisie side FC Groningen since the start of July 2018 and stepped up to the top-tier position from third-tier side Kozakken Boys, the club he finished his playing career at. 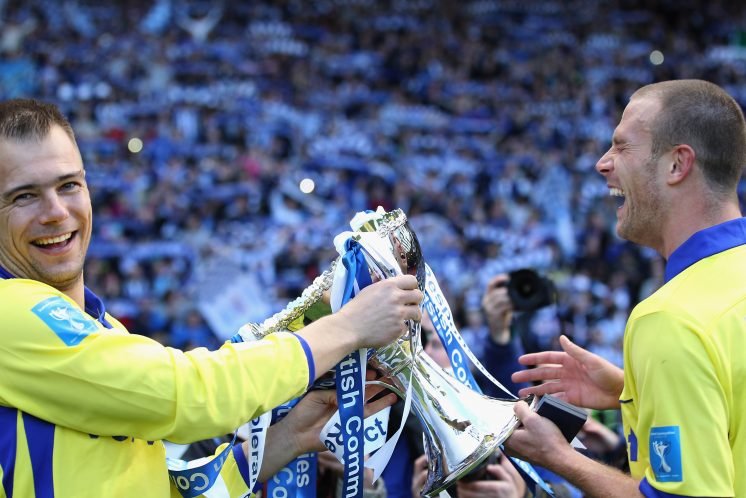 Before moving back to Holland, Buijs played a season in Scotland with Kilmarnock – that’s him on the left holding the Scottish Communities League Cup after helping defeat Celtic 1-0 in 2012.

VI says that Buijs is one of the candidates being considered for the Birmingham job, mentioning him alongside domestic candidates such as Lee Bowyer, Nigel Clough and Chris Hughton.

The Blues owners are, say VI, “impressed” by how the former midfielder has guided and managed FC Groningen “by performing well on a limited budget.” Adding to that cachet, says VI, is that he has also been a part in developing players who have gone on to be sold for decent amounts.

Clotet is in place for the next eight games at Birmingham City before he clears his desk. Until then, Danny Buijs becomes another name thrown into the hat and under consideration for the St Andrews job.