Hull City are a club on the slide, it is a downward slide as such. They are a club on a terrible run at the moment. The 1-0 loss at home to Charlton last Saturday was their 10th in 12 games. Many are critical of the club, and it is criticism that has come to sting local news source, the Hull Daily Mail.

If you were curious, this was considered the final straw by the club. An assessment of City’s captain and vice captain leaving ahead of the season restarting. And that they’d not signed a senior player to a new long-term deal since 2017 https://t.co/g4SMwypSnv

The Tigers have only salvaged 2 points from a possible 36 on offer over their last dozen games. In the cold light of day, that sort of form gives anyone with an affiliation to the club the right to complain.

However, it is that very criticism which has seen the Hull Daily Mail/Hull Live banned from the KCOM Stadium and denied access to manager Grant McCann or the playing squad. That sort of denial of access can only come from on high – from the club owners themselves. 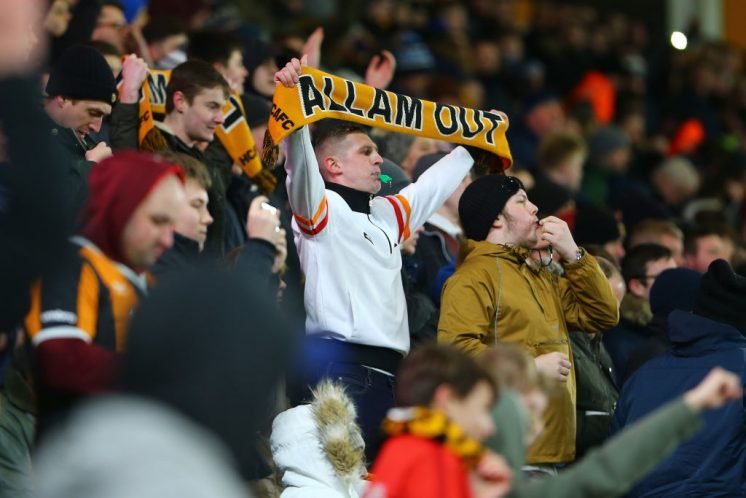 Fans of the East Yorkshire club have long been critical of the way that the club is being run behind the scenes. This has led to numerous protests and calls for the club’s owners, the Allams, to cut their ties and sell up.

That doesn’t look likely to happen, the Allams having delivered a thick-skinned response to calls for them to leave. Now it seems that any criticism is being met with the same flat-bat approach with local press being on the receiving end.

The decision to ban the Hull Daily Mail/Hull Live from games at the KCOM and access to McCann and his squad has not gone done well with those commenting on Twitter. Here are some of the responses to Phillips Buckingham’s tweets.

Allams out.. parasitic and pathetic ownership of a club, they are running it into the ground and removing value from their investment all the while.. it really is ridiculous to see as an outsider living in Hull.

..if they’ve banned you and the HDM, then publish what you know and more. Get them exposed for the tyrants they are. They have ruined this club all out of spite and arrogance. Time to run them out of the club..#allamout #askehab #ctid

Disgraceful. @HullCity should be ashamed of themselves. Last time I looked the UK was a country built upon a set of ideals that have come to be known as human rights – which include freedom of opinion, freedom of expression, and freedom of the press. @EmmaHardyMP @KarlTurnerMP

Crazy, most fans have been frustrated with how easy local media have gone on them in the past . For what they have done they have an easy ride for most of it #allamout

This isn’t North Korea and the local media are not and never should be a mouthpiece for the club. Keep calling it as you see it, shame on @HullCity #hcafc

Keep going Phil. They need exposing, they are systematically destroying the club.

The club twitter feed etc has improved so much recently too. This smacks of Allams and possibly McCanns fragile egos.

Disgrace. The owners are getting everything they deserve. Ruined the club.

The sooner they have gone the better absolute parasites #AllamsOut

Call them out Phil. They are little dictators running our club down with their petty, vindictive actions.

Barnsley have decision to make on future of midfielder this summer