It was a key game for both sides today at Craven Cottage. Home side Fulham were looking for three points to keep plugging away at the top two. Visitors Brentford made the six-mile trip to Hammersmith hoping to gain ground in the playoff battle.

As it was, Fulham were made to pay a late price with the Bees buzzing them with two late goals through Said Benrahma (88′) and Emiliano Marcondes (90+1′). It truth, if it hadn’t been for the brilliance of Brentford stopper David Raya, the Cottagers could have been home and dry themselves.

That left Fulham boss Scott Parker to face the press in the traditional after-match presser. Here are five things that he spoke about. 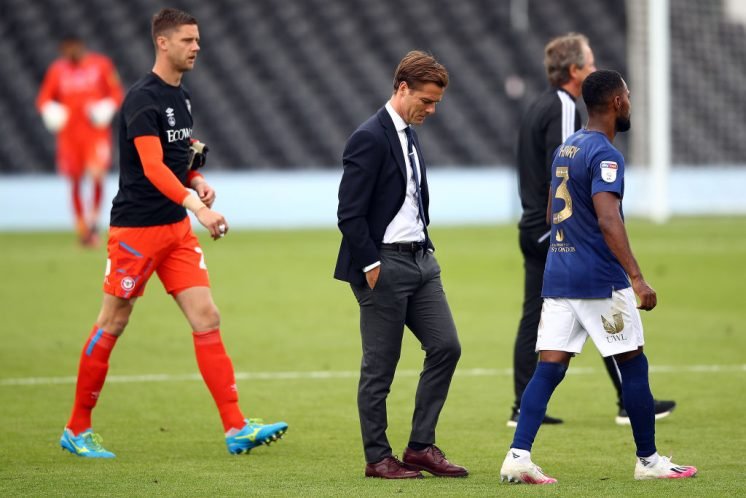 When giving his general assessment of the game: “Disappointing overall because obviously we’ve not won the game, not managed to get a result so it’s bitterly disappointing in that sense. The game ebbed and flowed a little bit…So, overall disappointing, but we dust ourselves off and move on.”

The absence of fans – any effect: “Without fans, you’re always going to miss a bit of an edge to a football match. ..It’s clear that an empty stadium is a bit strange, and you’re not going to get what we’ve come to expect when we play football matches. But it is what it is at this moment in time, that’s the world we’re living in and you need to be adaptable and I thought the players adapted well to that.”

How important is the Leeds game: “Of course, it’s an important game, but today was important…They come no bigger (Leeds) because you’re playing against a team who are top of the table, the challenge is there for us. Every week you have that. The games come thick and fast and they’re tough games.”

On an empty Elland Road atmosphere: “There’s certain hostile atmospheres and environments that you can thrive off and Leeds is that place, the fans are superb up there so you can look at it both ways. You can look at it in that it could take the edge off them (Leeds), but at the same time you could look at it the other way.”

Were Fulham distracted by Mbuemo absence: “Not really. Obviously, you expect certain players to play but I think Brentford have got a model there where if one player goes out, their recruitment is that the next player that comes in is very similar. So, in that sense, it didn’t affect us in any way.” 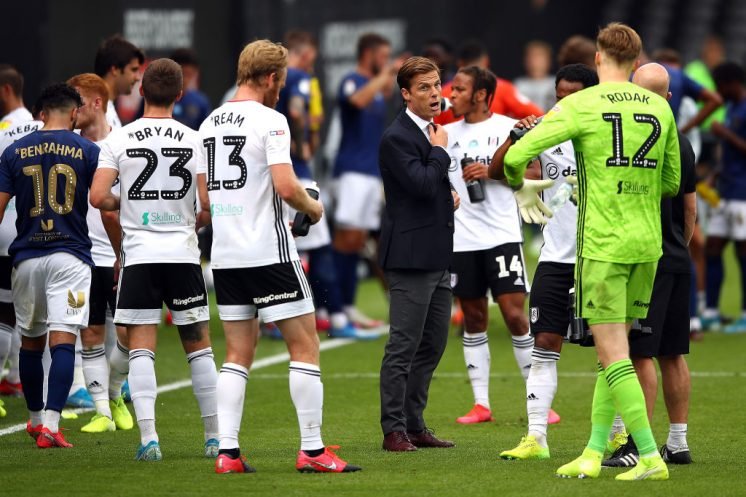 Big game next Saturday vs Leeds United – View from The72

Next Saturday’s game could be a big one for both sides at Elland Road. Leeds, who play Cardiff City tomorrow in Wales, lead Fulham by seven points. A win away against a tricky Cardiff side would put the Whites 10 points ahead of Fulham.

Should they avenge their loss earlier in the season at Craven Cottage by beating Fulham, that would put them 13 points ahead; realistically condemning the Londoners to a playoff battle for promotion. In fairness, that’s how they gained promotion from the Championship last time out.

Last time the two sides clashed, Parker stressed that Leeds United were good but their moves were ‘scripted’. The Fulham manager will hope that he’d read the same version come next Saturday afternoon around 5pm.

'We are back' Swansea City fans celebrate emphatic win over Middlesbrough