It was a hard-fought game at Fulham’s Craven Cottage today between the hosts and their visitors from just down the road Brentford. The football ebbed to and fro and was only decided at the death with two late Brentford goals from Said Benrahma (88′) and Emiliano Marcondes (90+1′).

It was also a game which saw the return to action of club captain Pontus Jansson, Brentford’s £5million summer capture from Leeds United. The tall, formidable Swede has been out since January recuperating from injury, the lockdown coming at possibly the right time to maximise that recuperation. 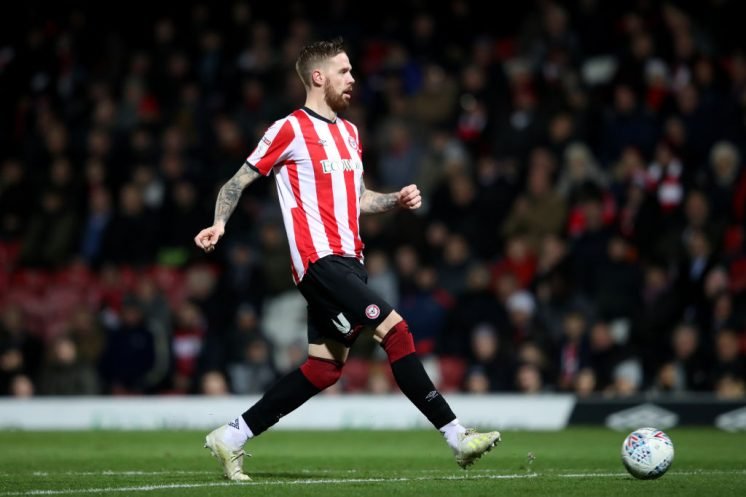 After the game, Jansson was interviewed by Sky Sports and spoke about the return to training and how Brentford had prepared for this game. He was also asked about whether the Bees were gunning for the automatic promotion places. This was Jansson’s response:

“I think we need to do that. I mean, why not? Now, we play West Bromwich on Friday and, especially after three points today, it’s an even bigger reason why we should look for top two. So, of course, we are looking for that [automatic promotion] and if we can’t reach top two, we of course then need to switch on and prepare for playoffs.“

As it stands, Brentford (63 points) are 4th in the Sky bet Championship and are 8 points behind joint-leaders West Brom and Leeds United who sit 1s and 2nd respectively on 71 points. A win over West Brom, who they face next Friday evening, will open up the promotion race a little and give the Bees hope that they can make the top two.

Brentford have an array of attacking talent in Said Benrahma, Ollie Watkins and Brian Mbuemo so you can see just why they might hunt down the top two.