Leeds United are definitely in need of defensive reinforcements next season in the Premier League. Ben White has been such a boom for the Whites that it is unlikely that he’ll be within their price range come the next window. Instead, they were said to have looked at Coventry City’s Micahel Rose. Now that interest has been complicated, write Football Insider, by interest from rivals Bristol City.

Scottish centre-back Rose, who only signed for the Sky Blues at the start of last year’s summer transfer window, is a 24-year-old with a hint of versatility. This season, in his 31 games (2 goals/1 assist) for Coventry, he has featured solely as a centre-back but previously in his career has turned out as a right-back and a defensive midfielder.

This is the sort of flexibility and versatility that Marcelo Bielsa demands of his players. You only have to look at what the Argentinian luminary coach has done with Stuart Dallas this season as evidence of that. 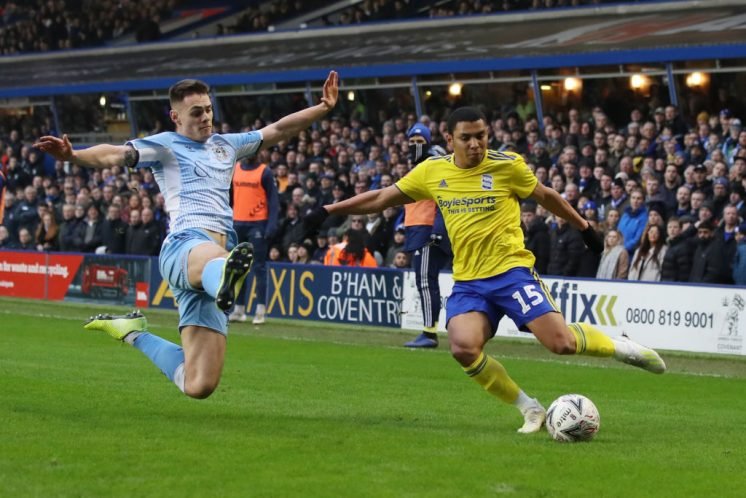 However, Football Insider’s Wayne Veysey writes that the Whites will face an obstacle with interest also coming from Lee Johnson’s Bristol City. Referencing a ‘recruitment source’, Veysey writes that “City are also interested in signing Rose after his starring in Coventry’s successful League One campaign.”

Such has been the rate of progress that Rose has shown in League One for Coventry this season that there is no surprise in the interest from Leeds and Bristol City. Even though Coventry has been promoted to the Championship on the back of ppg decisions, a move to either interested party would be considered a step-up in level.

Leeds United top the Championship and start their nine-game run-in against Cardiff City on Sunday. It could be a run-in that pays off with Premier League promotion. bristol City themselves are also still in the hunt, sitting one place and one point outside the promotion playoff places.