Brentford are a club renowned for buying low and selling high when it comes to players. Driven by owner Matthew Benham’s ‘Moneyball’ analytical approach, the Bees have seen a lot of success in this area. Players such as Neal Maupay, Said Benrahma and Olly Watkins have all arrived at the club for less than £2million each. Now the Bees could be buzzing for another bargain buy according to the Daily Mail.

Maupay has since moved on to Premier League side Brighton and Hove Albion for a fee of around £16million and Benrahma and Watkins are seen as players worthy of higher sums than that.

Reports from the Daily Mail’s Simon Jones, writing for the Mail Online portal, says that Brentford are amongst “a clutch of Championship sides who have held preliminary talks” with FC Nurnberg’s Patrick Erras whose current deal ends this summer. 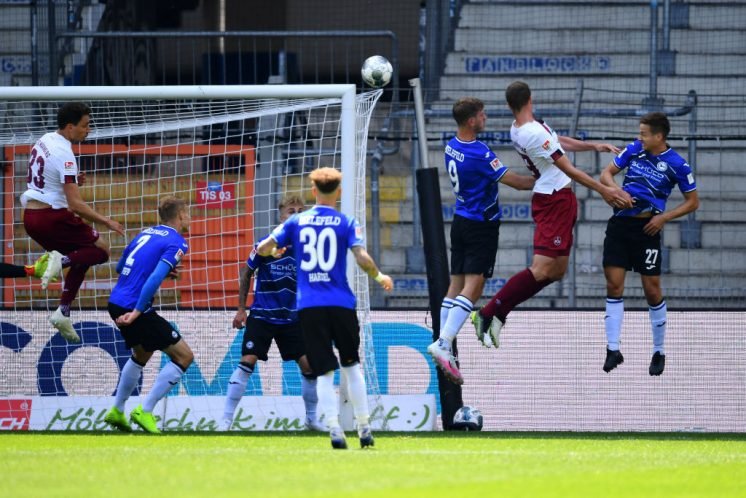 The 25-year-old has been watched by numerous Championship clubs over recent seasons and Leeds United, Bristol City, Blackburn and QPR are all mentioned in Jones’ article. Of those sides, Leeds have the best chance of promotion to the Premier League at the moment and you’d think that would be a big pull in any negotiations.

Erras is a rangy, defensive midfielder, standing 6ft 5in tall. Although anchoring the midfield is his accustomed role, he is also able to fill in at either left or right centre-back. This style of utility player is much sought after in terms of the style of football that Brentford play under Thomas Frank.

Erras came through the ranks at FC Nurnberg, joining them as a 12-year-old in 2007 from SV Raigering Youth. His time at the club has seen him progress to the first-team where he has featured 81 times (8 goals/3 assists). Of these appearances, 58 have been in the 2.Bundesliga and 19 in Germany’s top-tier 1.Bundesliga competition.

Poised in the play-off picture and fighting for promotion, Brentford moving for Erras would be a good move irrespective of which league they find themselves in next season.

"Thanks for the birthday present" Fans react to Mayor's contract extension