Preston, like all other Championship sides, face a 27-day, 9-game sprint to end the season. According to the Lancashire Post, midfielder Dan Potts is raring to go.

The Lilywhites sit perched on the lower edge of the play-off race in the Championship in 6th place and on 56 points. Behind them is a gaggle of sides from Bristol City (7th – 55 points) to Swansea (11th – 53 points) all within a game’s touching distance.

It’s a precarious position to hold, know that any slip-up will be punished by teams winning games below them. Hit a streak of bad form and it could all get messy very quickly. Speaking to the Lancashire Post, midfielder Potts gives an insight into preparations at Deepdale. 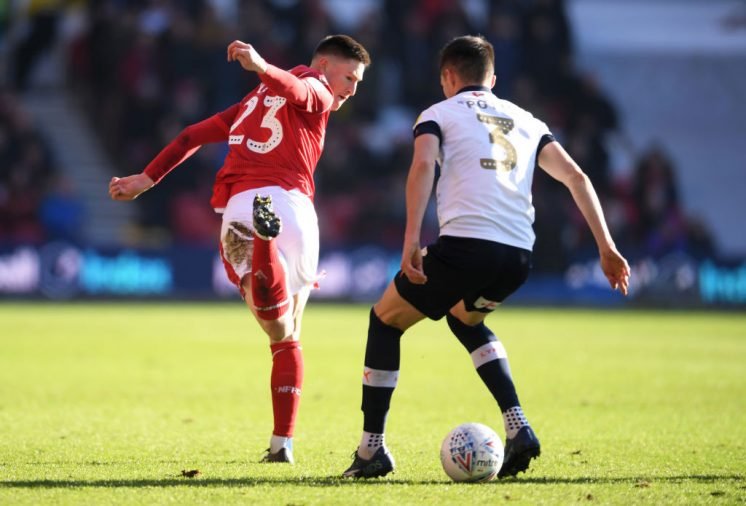 The first thing he mentions is that the restart of football will see an ‘all hands on deck’ mentality in the Preston efforts. On this, Potts said:

“The manager has mentioned to us how busy we are going to be. We are going to have a lot of games in a short period of time and that might take its toll on some players. So the whole squad is going to get used and we’ve got to make sure we are ready for whenever we are called upon to play. We’ve got quite a big squad, some good competition for places.”

On a personal level, Potts feels as though his game is picking up and he wants to be more involved in the run-in. The £1.4million, January 2019 buy from Barnsley has featured 23 times for the Lilywhites this campaign but only seeing 837 minutes of action. To this he adds:

“My aim is to be involved more than I have been. Before the lockdown I got back into the side at Fulham and felt I did well. I wanted to try and build on that momentum but then I missed the QPR game, having had a bit of a niggle. That was frustrating, I just want to play and help the lads as much as I can.”

For Preston, as with others, they will have to rely on players such as Dan Potts and their wider squads with games set to come thick and fast at them once football starts up again in just eight days.

Opinion: With a transfer window comes both hope and fear