According to the Independent IE, reporting a story from Italian source Calciomercato, Roma are the latest Serie A side to show an interest in former Derby County starlet Jeff Hendrick who now plies his trade in the Premier League with Burnley.

The £8.2 million rated (according to Transfermarkt) central midfielder is entering the last throes of his current deal and will be a free agent come the summer if no deal with the Clarets is agreed beforehand.

The Independent’s Daniel McDonnell says that the Clarets want to keep Hendrick and also says that “he has other options in England.” 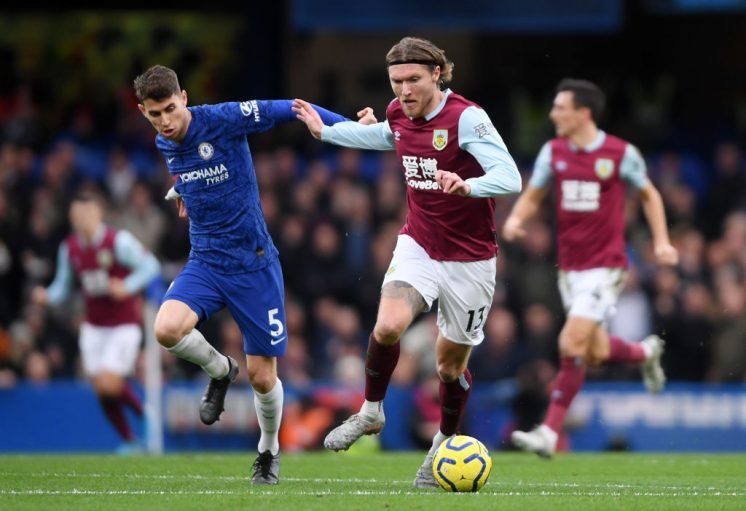 Hendrick has featured in 24 Premier League games this season, scoring 2 goals and adding 2 assists. These figures stand out as part of the 139 games, 10 goals and 7 assists for the Lancastrians since his £10.6 million move to Turf Moor at the end of August 2016.

Whilst he may be making a name for himself at Turf Moor, it was at Pride Park that he broke through into English football after arriving in Derby County’s Uner-18s from Irish side St. Kevins Boys.

His arrival at Derby saw a stay of eight years before he left for the Premier League. In total, the 54- cap Irish international made 215 appearances for the Rams (26 goals/19 assists) before moving on.

Calciomercato say that he is on the move again with Roma showing interest yesterday in him and saying that: “he will not renew his contract with the English club [Burnley]” and that he fits within their wage confines.

AC Milan are also said to be interested in acquiring the 28-year-old Dubliner. With interest of this magnitude, Burnley might struggle to convince him to sign another deal.