Earlier this week, Birmingham City announced that manager Pep Clotet will be leaving the club at the end of the season.

Since then, several names have been linked to the job, including Danish icon Michael Laudrup. The likes of Chris Hughton, Craig Gardener and Lee Bowyer have all been tipped to take over at St Andrews.

However, in the last 24 hours, the iconic Neil Warnock has become a front runner with SkyBet to become the new Blues boss. The bookies have him at just 2/1, ahead of second favourite Chris Hughton at 7/2. But what would Warnock bring as manager of Birmingham City?

Warnock has nearly 1500 games in management, taking charge of 15 clubs in his 34-year career. The 71-year-old is the only manager to achieve promotion on eight occasions, most recently guiding Cardiff City to the Premier League in the 2017/18 season.  Warnock has managed 436 games in the Championship, he has a win percentage of 42.89%. During his time managing in the Championship, he averages 1.58 points per game and his teams score an average of 1.33 goals per 90 minutes and concede 1.07. 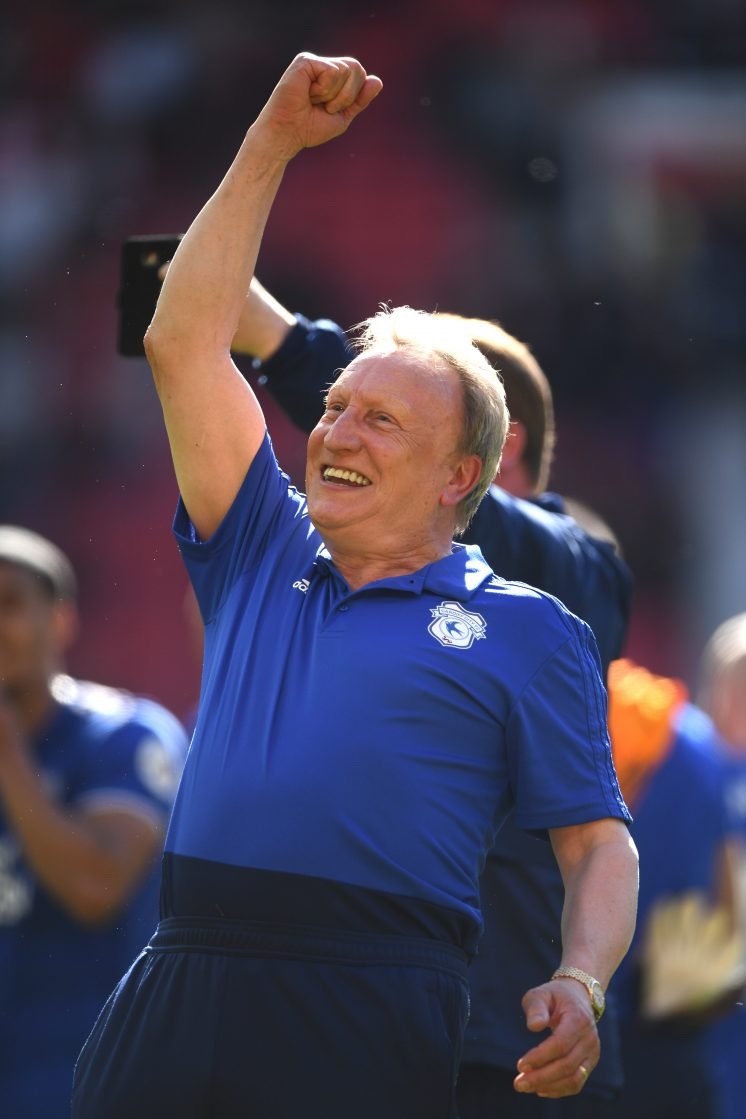 Warnock has been out of a job since November when he left his role at Cardiff City. Just last week Warnock said it would be highly unlikely he would reach 1500 games in management (he just 12 short of this total). “It would be a great achievement to get to 1,500 but I can’t see it happening unless it is the end of the season somewhere and someone asks me to help them out,” Warnock told the BBC’s Friday Football Social.

Birmingham fans have been responding to the news on Twitter that Warnock is heavily linked with the vacant manager job for next season.

Twitter: Might be alone but I wouldn’t want Neil Warnock as our next manager, yes very experienced and has done well in the… https://t.co/oG07YXucxg (@RichardTonry)

Twitter: if we appoint neil warnock i am giving up on football (@StevenAlynGibbs)

It certainly appears more fans are in favour of someone else other than Warnock getting the job when Clotet leaves at the end of the season. It is surprising Warnock has emerged as a front-runner for the job.  In July 2019, he told the BBC that he “absolutely” intends to retire at the end of the new season after 40 years as a football manager. However, Warnock may be determined to reach 1500 games in management, a feat so few have achieved.

Tranmere sorrow as PPG Relegates the SWA but is it fair?