Leeds United are poised to gain Premier League promotion, fingers crossed and Lady Luck hugged. They are bound to be linked to many players – the Premier League provides that draw. According to ESPN, they are a side linked with a degree of interest in Benfica’s tenacious defensive midfielder Florentino Luis.

The Whites have been mentioned alongside some of the biggest clubs in European football with Manchester United, AC Milan and the likes of Beyer Leverkusen and Real Betis mentioned as other sides with an interest in a player nicknamed ‘O Polvo’ or ‘The Octopus’ in the Portuguese media.

This is in reference to the sprawling way the 20-year-old Lisbon-born youngster covers ground are retrieves the ball from opponents possession. It is this anchor role, for Benfica, that has seen him rise to prominence in the eyes of others outside of the Liga NOS side. 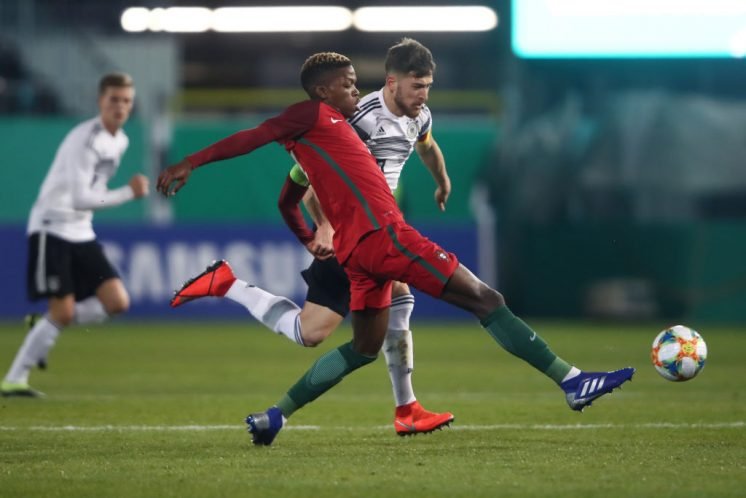 After coming through the youth ranks at Benfica, the young midfielder has risen to the first-team, making his debut for the Águias last season. Since then the youngster has made 29 first-team appearances, scoring one goal and providing one assist.

ESPN’s Gab Marcotti reports the words of his agent, Bruno Carvalho Santos, who said of Florentino: “There has been a lot of talk about Milan, but I can tell you that there is a lot of competition for his services, with clubs in England, Germany and Spain also following him closely.”

In a story that has also been picked up by Portuguese publications A Bola and Record, Marcotti writes that Leeds United are a side that “have also been credited with an interest” in a player with a €120m/£107m release clause.

Portuguese release clauses of that magnitude are common; more used to repel interest rather than reflect value. However, with the names being mentioned, Leeds United might have been repelled already.