According to Yorkshire Live, West Ham starlet Nathan Holland – who has been linked with Sheffield Wednesday and Oxford United – could be available for “as little as £1 million” this summer.

One player who could be available on the cheap is West Ham starlet Nathan Holland. Football Insider reported earlier this year that Sheffield Wednesday had taken an interest in the youngster, while Oxford United manager Karl Robinson spoke to the Oxford Mail to confirm his interest in a deal for the loan star. 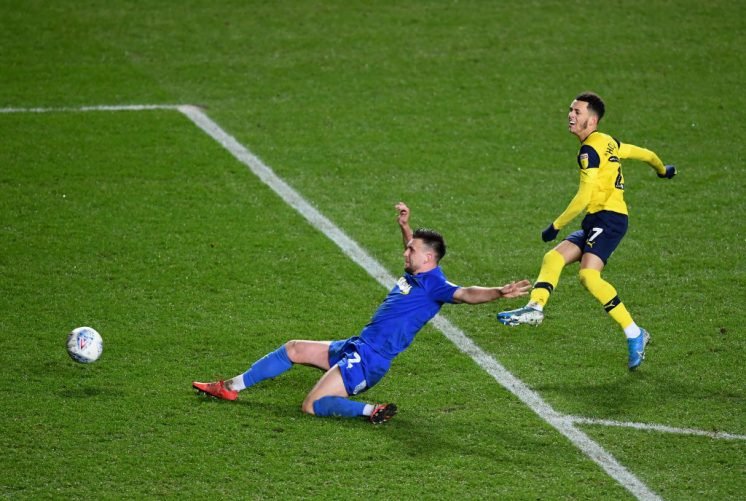 Now, a report from Yorkshire Live has said that Holland could be available on a cut-price deal for just £1 million in the upcoming summer transfer window.

Holland, 21, made a loan move to Oxford United in January having been unable to break into West Ham’s senior side despite his strong form in the Premier League 2. Holland scored 12 goals and laid on six assists for West Ham’s Under-23s and joined Oxford to pick up some important game time.

The winger has impressed while on loan with Oxford United, scoring three goals in 12 games, including a late equaliser in their FA Cup Fourth Round tie against Newcastle United.

Still only young, Holland looks to be a promising talent for the future. At just £1 million, the West Ham man could be a shrewd signing for any Championship side or a League One club looking to make the step up to the second-tier.