The Sun journalist Alan Nixon has provided a further insight into Blackburn Rovers’ failed signing of Bosnian striker Vedad Ibisevic, revealing on Twitter that a row over his medical was behind the break down of the deal.

Robert Lewandowksi is probably the most notable “one that got away” as far as Blackburn Rovers are concerned. Blackburn were nearing a deal for the now Bayern superstar’s flight to England was cancelled after a volcanic explosion in Iceland.

But, Lewandowski is not the only current Bundesliga striker to have almost joined Blackburn Rovers. Hertha Berlin striker Vedad Ibisevic, now 35, almost joined the club nine years ago. Now, The Sun journalist Alan Nixon has provided further insight into why the deal didn’t go through. 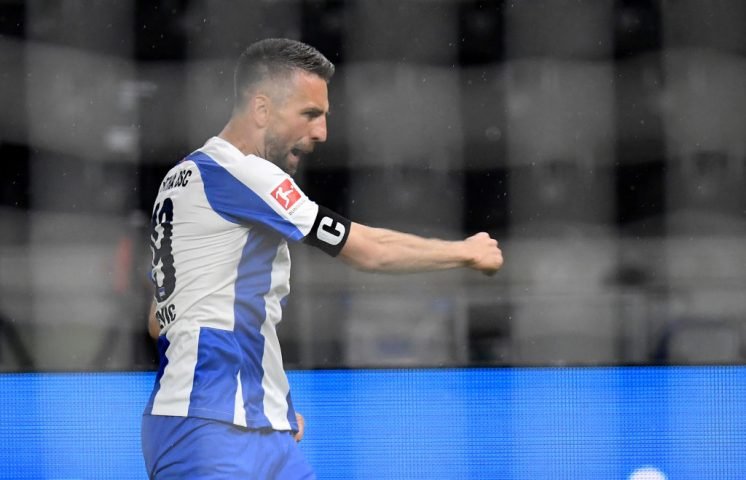 On Twitter (see tweet below), Nixon revealed that a row over his medical led to the breakdown of the deal.

Blackburn. A bit more on the Ibisevic ‘one that got away’ story. Nine years ago?!?! Wow. Doesn’t seem that long. pic.twitter.com/U0BpB9CsMQ

Ibisevic was at Hoffenheim at the time and has remained in Germany ever since. The Bosnian striker has proven to be an effective scorer in his time in the Bundesliga. Across stints with Alemannia Aachen, TSG Hoffenheim, VfB Stuttgart and Hertha Berlin, Ibisevic has notched up 335 appearances in the German top flight, netting an impressive 125 goals in the process, also laying on 52 assists along the way.

Ibisevic has caught the eye on the Bundesliga’s return. The Bosnian international has netted twice in his first three games back, helping Hertha maintain their six-game unbeaten run. The club currently sit in 9th place in the Bundesliga with five games left to play.