According to a recap of Thursday transfer stories from the Daily Record, Hull City are showing interest in wantaway Burton Albion midfielder Scott Fraser.

Who is Scott Fraser and what has he done?

Fraser was a free transfer bargain for the Brewers when signing from Scottish side Dundee United, a side that he’d been at since 2006 when signing as an 11-year-old.

His time at The Terrors saw him feature in 106 games, returning 15 goals and providing 28 assists. His step into English football and League One with Burton Albion has seen him continue that form and threat.

For the Brewers, Fraser has featured in 91 games, 91 appearances where he has scored 16 goals and provided 19 assists in all. It is this season where he has most caught the eyes of Hull City and Barnsley, who are also said interested. 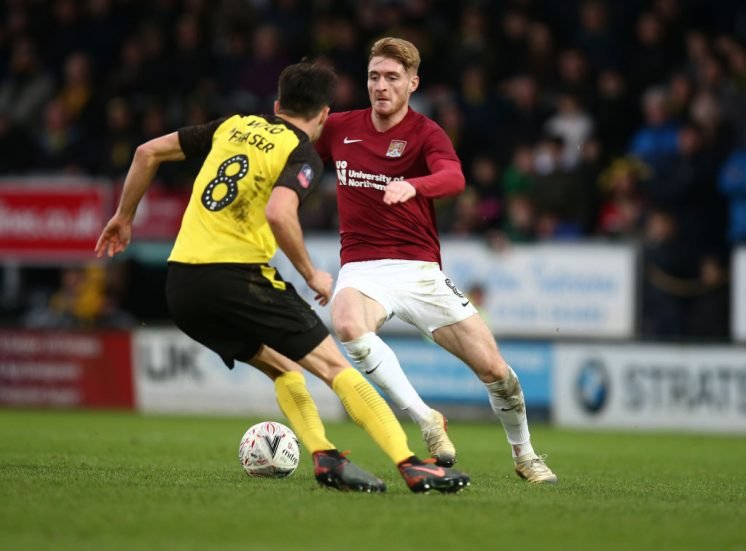 This season Fraser has featured across the middle for Burton mostly in roles as a central midfielder (11 appearances) and a more advanced attacking midfielder (17 appearances). It is from these positions that he has done the most damage, scoring nine goals and providing 12 assists.

It is his form in League One that is most encouraging for any suitors such as Hull City. His 30 league appearances for Burton this season have brought about five goals and 11 assists in a Brewers side that often misfires.

It goes without saying that Hull City are in a drop of form that is almost bordering on freefall at the moment. A lot of that can be said to rest with the decisions to sell Jarrod Bowen and Kamil Grosicki who were their two most creative outlets.

Expecting a player like Scott Fraser to waltz into the KCOM and single-handedly turn around City’s fortunes is a little too much fanciful thinking. However, he could play his part in helping the Tigers to have a better season next time out.

A little look at his per 90 mins stats gives an indication of what he could bring to the Tigers. He makes 2 shots per game and 1.1 of these are from inside the area – 0.3 being on target. He is also a player who brings others into play, making 2.8 key passes per 90 – passes that lead to teammate opportunities.

Putting aside the idea of per 90 mins stats, the headline figures that might convince Hull City fans that he could be more than worth a punt still remain thus: 5 goals and 11 assists in a Burton side that, like Hull, struggled for any consistency.