Speaking to Birmingham Live, Birmingham City manager Pep Clotet has sent his thanks to the players the club have opted to release this week, with four senior players leaving the club.

Earlier this week, Birmingham City announced that they will part ways with four senior players this summer. Cheick Keita, David Stockdale, Jacques Maghoma and Jonathan Grounds are all out of contract this summer and the Blues will not be keeping them beyond the end of their respective contracts.

Now, Clotet has moved to discuss the club’s decision to let the aforementioned quartet go. 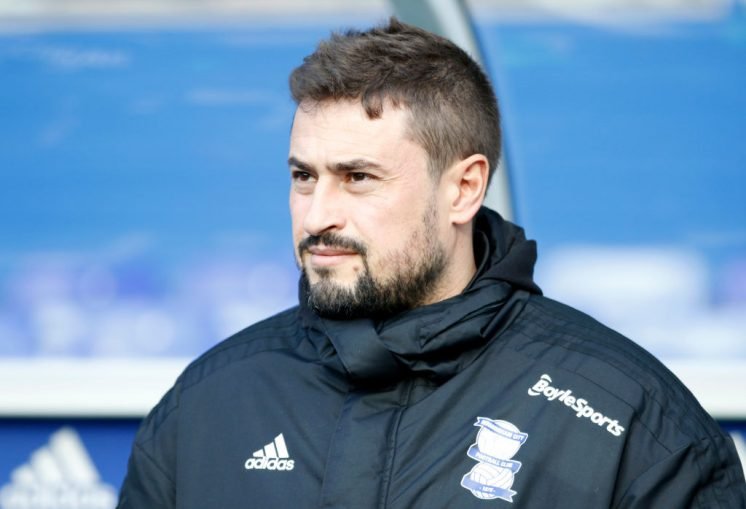 Speaking to Birmingham Live, Clotet wished the players the best for the future and thanked them for their efforts during their time with Birmingham City. He said:

“They’re the decisions that have been made by the club. The club has communicated that to the players. My opinion is to thank them for their efforts towards the club, and all the work they’ve done while I’ve worked with them in these years.

“I have a very good image of them as players, and as people as well. On behalf of the fans, too, I would like to thank them for their efforts at the club and wish them the best and hope that they find a project which suits them, where they can be happy and where they can play as long as they can.”

Keita, 24, has been with Birmingham City since January 2017. He joined from Italian side Virtus Entella and has played in 11 games for the club, struggling to nail down a spot in the first-team in his time with the club.

Stockdale, a vastly experienced ‘keeper, has spent most of his time at St Andrew’s out on loan deals. He played 39 times in his first season for the club but has only played once in the last two seasons.

Jacques Maghoma will be bringing an end to his five-year stint with the club this summer. The 32-year-old winger has played 180 times for the club, scoring 21 goals and providing 22 assists in the process. Maghoma played 21 times this season but will now be looking for a new club.

Left-back Grounds, also 32, has been with Birmingham for almost six years now. The ex-Middlesbrough man has played in 170 games for the Blues, scoring five goals and provided seven assists along the way. He too will be looking for a new team this summer.